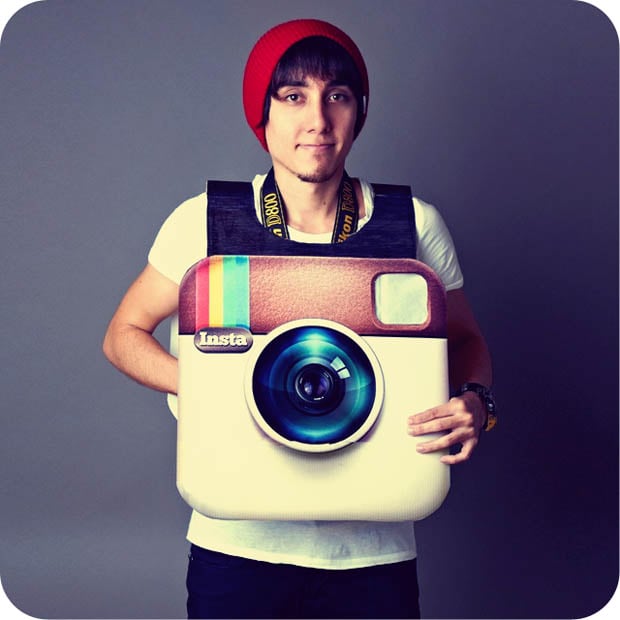 Check out this geeky Instagram-inspired Halloween costume created by photographer Eric Micotto. What’s neat is that it actually “works” as a camera: it’s powered by a Nikon D800 snapping photos through the “lens”, and has an iPad on the back that acts as the camera’s giant LCD screen. Subjects who have their photo taken by the costume can run around to the back to take a peek at how it turned out. 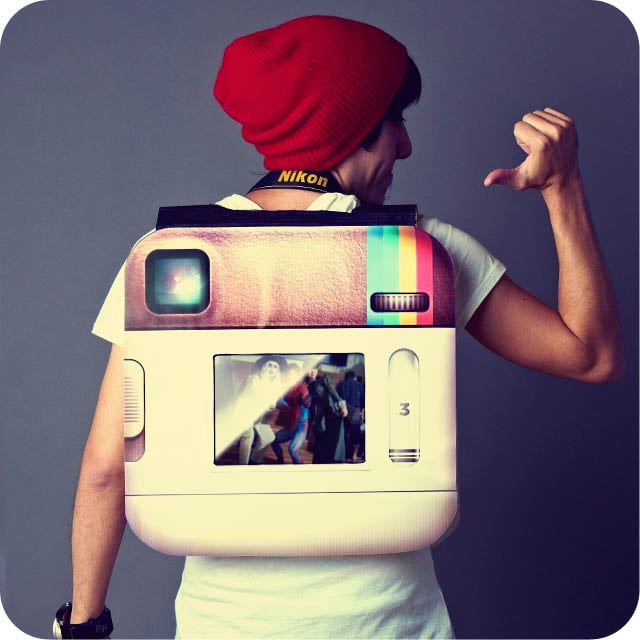 Micotto, an American photographer based in Tokyo, tells us,

After seeing lots of cool costumes utilizing iPads recently, I began thinking of a fun camera-related costume I could put together myself. After giving it some thought, I decided on an Instagram camera as it was actually something I could feasibly put together in time — plus it was something that would be instantly recognizable. I was lucky to find fairly high resolution images of the the Instagram icons, which I enlarged and slightly tweaked (mainly to make a clean space for the iPad). While printing, I did unfortunately begin to run out of yellow ink towards the end of the print, which is why there’s some discoloration at the bottom of the front panel. Luckily it’s not too noticeable in darker situations!

I then grabbed a cardboard box I had laying around and trimmed it down to 3 connected pieces. After that I loosely placed the printed sheets on top of the cardboard to get a rough idea on where I would cut 4 holes (1 for the lens to protrude through the front, one for the flash that I ended up not using, 1 for the iPad on the back, and lastly one for my head to stick through).

Once cutting was done, I adhered the printed sheets to the cardboard with a thin spread of normal glue. At this point, the costume was nearly finished.

I used a Nikon D800 combined with an Eye-fi SD card and a portable wireless router. Normally the router wouldn’t be necessary as Eye-fi cards are equipped with “Direct Mode” — which allows you to transfer data straight to your device — but unfortunately since the D800 still isn’t fully compatible with Eye-fi cards, I was forced to use the router.

On the iPad, I linked to my Eye-fi card using the ShutterSnitch app, which I’ve found works much better for me than the official Eye-fi app. I also set the iPad to not go to sleep so that it would remain lit up and ready.

With the technical stuff done, I then pulled out the gaffer’s tape and went to town sticking the iPad to the back panel. It wasn’t going anywhere.
Lastly I adjusted the strap on my D800 so that it would rest aligned with the hole for the lens to pop through.

I was able to test it out at a party last weekend and it worked flawlessly! 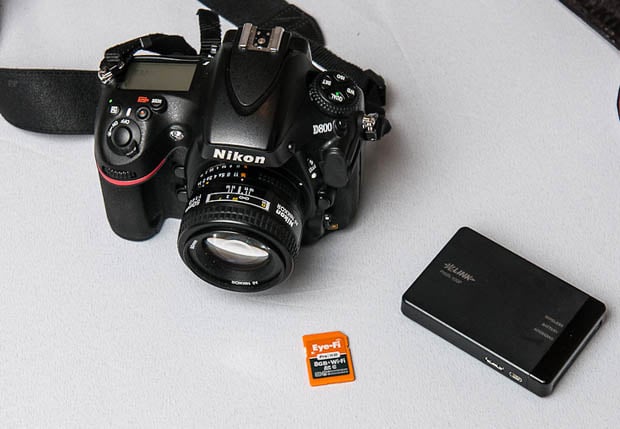 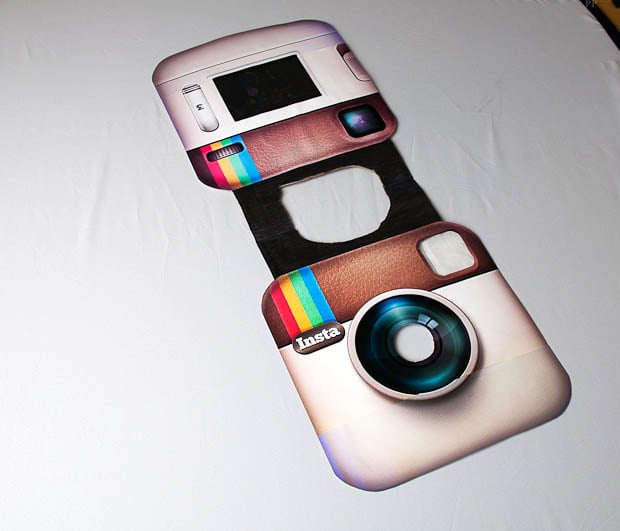 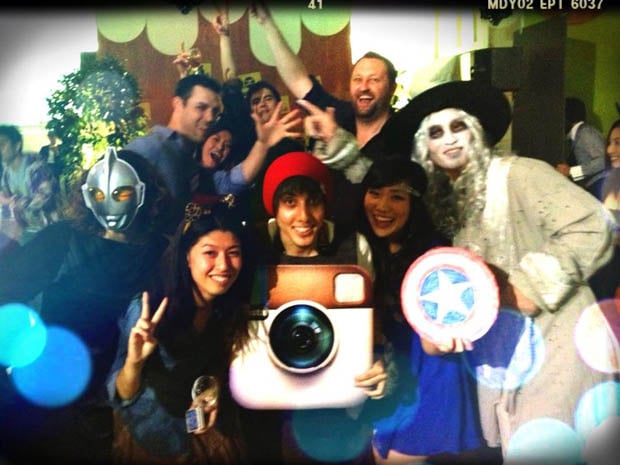 If you’re planning to attend and photograph any parties this Halloween, try making a camera costume that both you and your camera can use!

How to Process Your C-41 Film at Home