Earlier this year, we shared a crazy example of how you can make water drops look like they’re frozen in midair simply by passing the water over a speaker and using sound vibrations to sync the drops with the frame rate of your camera. Well, Japan’s largest music channel, Space Shower TV, has taken the idea and turned it into clever commercial. What you see above is ordinary footage using this trick — there’s no fancy CGI trickery, reversal during post, or high-speed camera footage involved.

The creators simply streamed water down tubes that were attached to a speaker and passed a low frequency sound through the speaker that matched the camera’s frame rate. 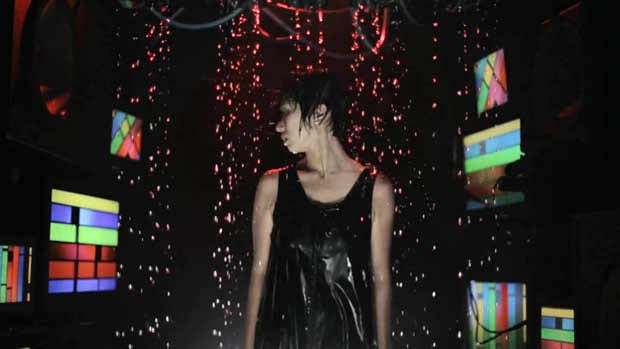 Here’s a behind-the-scenes video that offers a glimpse into how it was made (it’s a compilation of BTS clips rather than a discussion of the sorcery technique):

Just last week we shared a video in which a helicopter appears to be floating around with stopped rotor blades. That was due to the subject synchronizing with the camera’s frame rate as well. Makes you wonder: what other creative things could one do with this trick?…

Thanks for sending in the tip, Isaac!

Photographs from the Edge of the World