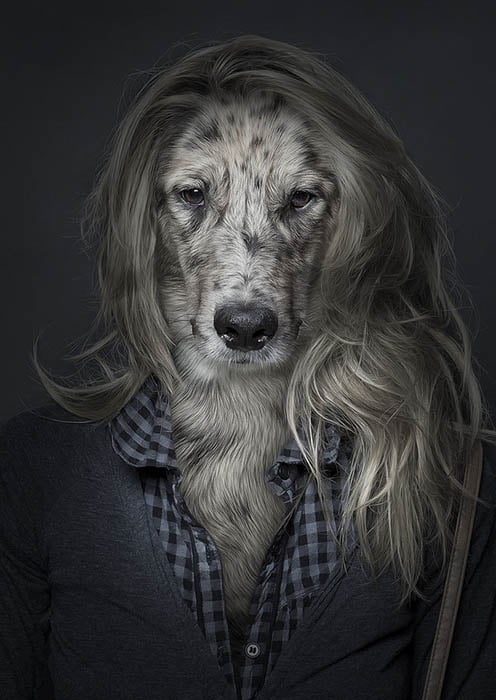 People often say that, for whatever reason, dogs often look like their owners. 27-year-old Swiss photographer Sebastian Magnani has been attracting a good deal of worldwide attention lately for his photo project that takes that idea to the next level. Titled Underdogs, the series of photos features portraits showing dog faces carefully Photoshopped onto the bodies of their owners.

The project began back in 2009 after he spontaneously decided to combine a portrait of his dog with a portrait of his girlfriend. He was able to match the lighting in the two portraits by shooting both subjects in a studio set up in the basement of his mom’s house. He used simple lighting and a plain background to make the merging as painless as possible.

In Photoshop I used the graphic tablet composed with various masks and transparencies. And adjusted the background and colors a little and [used] a few secrets.

The reactions were simply amazing. My favorite is the first one, the blonde-haired dog named Taco. I like the expressive look and it’s a crazy dog; just fascinating and a really special personality. 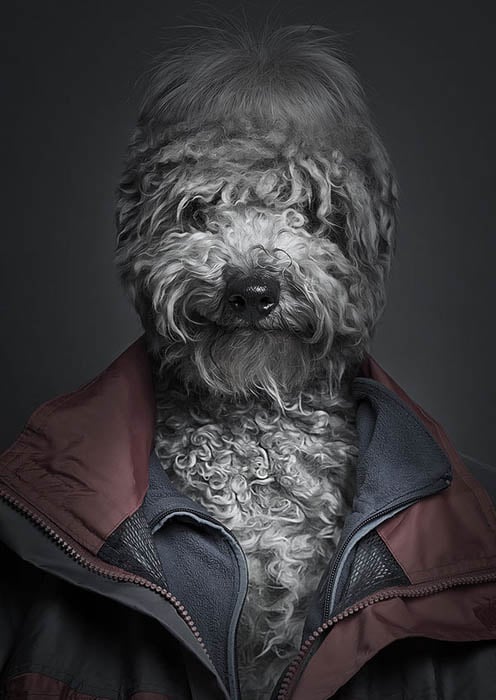 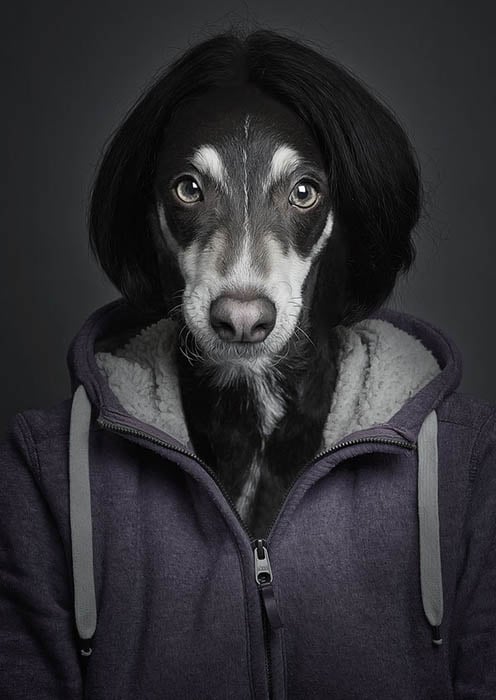 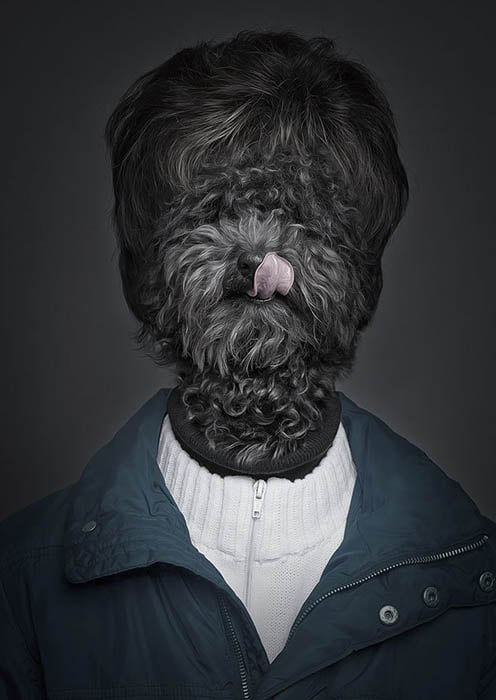 You can find larger versions of the four photos in the project over on Magnani’s website.