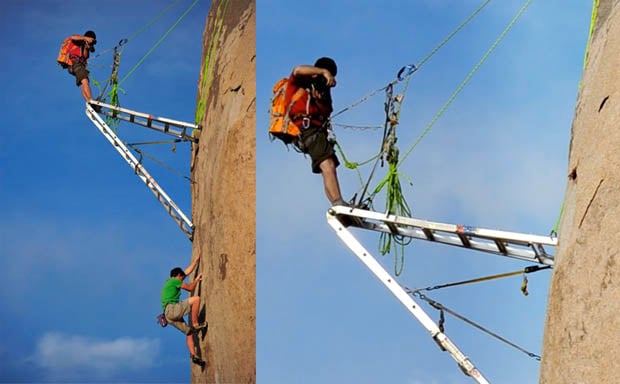 Want to snap a photograph of a rock climber that doesn’t look like you’re also pressed against the face of the rock? Just bring along a step ladder! The photographs above show how adventure photographer Corey Rich used one last year while shooting a Nikon D4 promotional video featuring free-climber Alex Honnold. He secured it perpendicular to the face of the rock and stepped out onto the end and a better view of the action.

The shots were spotted on Rich’s website and in this behind-the-scenes video:

Here’s the amazing video that resulted:

It should go without saying, but make sure you know what you’re doing before using a ladder in the way shown above…

(via Corey Rich via Fstoppers)