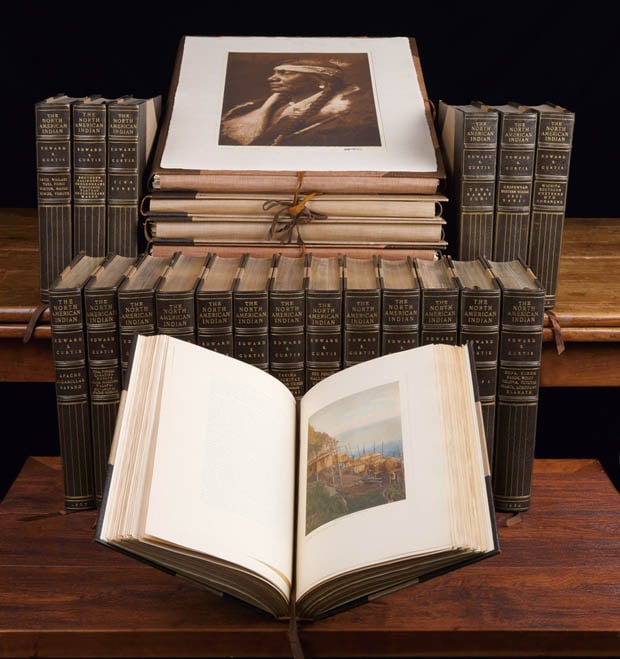 Behold: one of the rarest photobooks in the world. What you’re looking at is an exceedingly rare complete set of American photographer Edward S. Curtis’ book The North American Indian. It contains 772 large-format photogravures on Japanese tissue, 111 signed plates, and 20 extra text volumes that contain an additional 1,505 photogravures, 4 maps, and 2 diagrams. 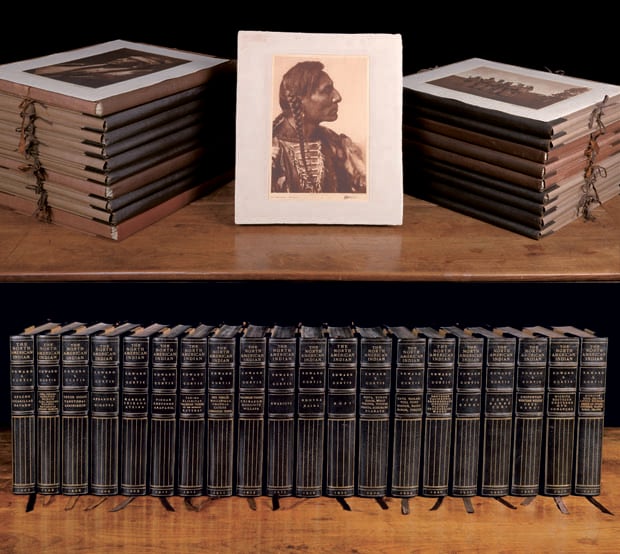 Funded by J.P. Morgan, Curtis set out in 1906 to document the lives of Native Americans in America as their way of life was being eroded by settlers. He visited over 80 tribes and ended up snapping over 40,000 photographs — an impressive figure considering this was done over a century ago. In addition to being a fantastic photo collection, The North American Indian is also quite desirable for collectors in other fields as well, whether it’s books in general or Native American history.

Just for comparison’s sake, check out this 2010 list of most expensive books — not just photobooks — ever to be sold at auction. These Curtis volumes would fall smack-dab in the middle of the list.

(via The Fine Books Blog)

Update: The collection ended up selling for $1.44 million.

Portraits of Rural Chinese Families Posing with Everything They Own

Sony is Now the Largest Shareholder in Olympus