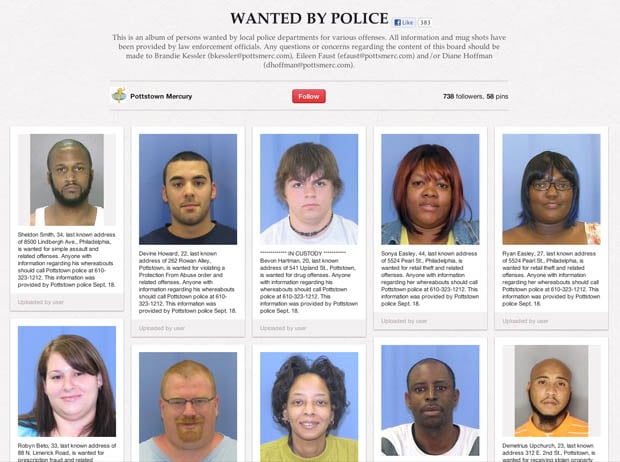 Last year there was a minor controversy when the Portland Police Department began posting photos of arrested Occupy protestors to Facebook. It may or may not have been inspired by the PPD, but Pottstown, Pennsylvania newspaper The Pottstown Mercury has begun sharing photographs of wanted individuals through the popular photo sharing service Pinterest.


The nearly 800 citizen Pinners currently follow the board are invited to provide the newspaper and police departments with information on where the individuals are: 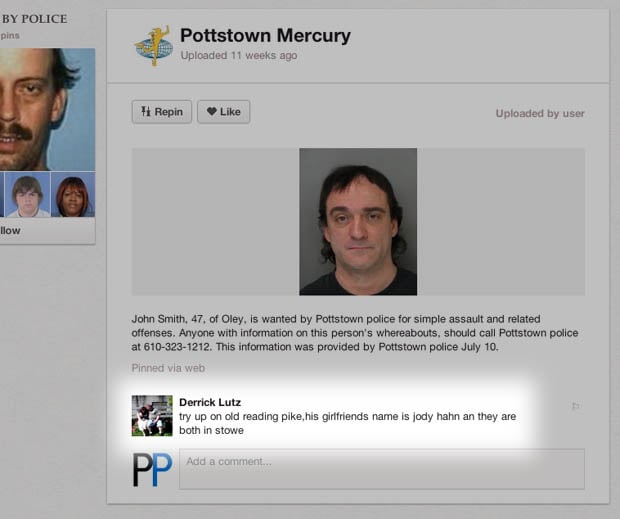 Steve Buttry caught up with Brandie Kessler of the Mercury to find out how the project started. She replied,

When Mandy Jenkins stopped by The Mercury a few months ago and told us a bit about various new social media, myself and reporter Evan Brandt thought Pinterest, because of its photo-focus, would be perfect for a wanted by police list.

Using photo sharing channels to increase the number of eyeballs seeing the photos is apparently working: the Pottstown police department reports that there has been a 58% uptick in arrests since the Mercury began sharing photos of perps through social media.

Wanted by Police [Pinterest via Poynter via Boing Boing]