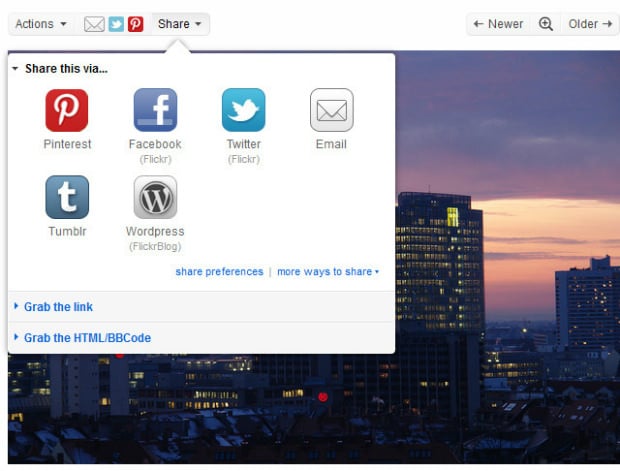 Users of both Flickr and Pinterest will be happy to know that the two companies have decided to collaborate. Because of the high volume of Flickr photos that end up pinned (often without any credit), the companies have decided that it would be in the best interest of photographers and users alike to add a “Pin It” button on the Flickr site. In this way photographers who allow their photos to be pinned are properly attributed, while Pinterest users can now share photos with a few easy clicks