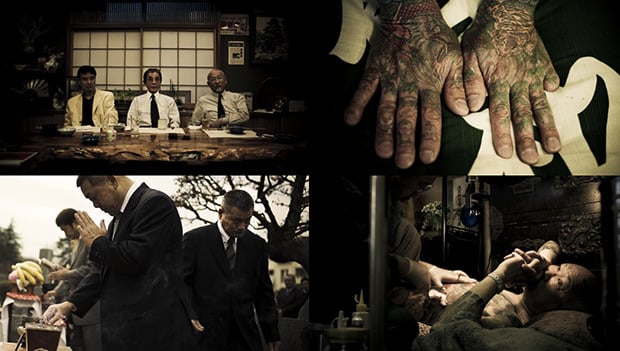 Steward Magazine has published a fascinating interview with photographer Anton Kusters, who spent two years documenting a yakuza gang in Tokyo, capturing highly intimate glimpses into what life is like in the criminal underworld. When asked what he felt like when the project was just starting out, Kusters states,

I was extremely nervous. Since they are gangsters, I thought I should be very careful, in case I shot something I wasn’t supposed to see. But this actually upset the gang. They saw my nervousness as disrespectful. I remember one time early on this guy pulled me aside and said, “You are here to take pictures. Act like a professional.” It turned out they respected me if I was really aggressive about getting a certain shot. To not take photos was a sign of weakness.

As his surname suggests, Kusters is not from Japan (he’s from Belgium). It took 10 months of negotiations before he and his brother were given an unprecedented access into the closed world of Japanese organized crime.

You can learn more about the project and see more images over on Kusters’ website here and here.