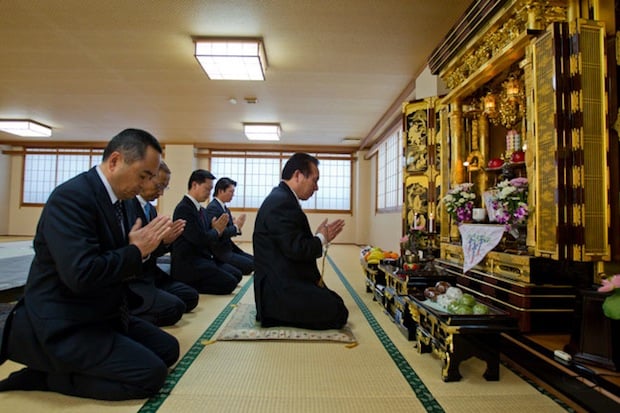 After watching the movie “The Last Samurai” at a theater back home in Southern California (where I’m originally from), my curiosity for Japan inspired me to go and discover what it’s like. I took a couple of vacation trips out there and met a lot of good people before I found a job that sponsored my working visa to officially let me move out to Japan in 2005.

I actually majored in IT while in college, so the company that hired me was an Internet service provider in Tokyo. At that time, photography was entirely just a hobby that I had no intentions of making a career out of. While doing the IT stuff, I would shoot a lot of personal work related to Japan on the side, ranging from tourist landmarks to Japanese cars, people, events and fashion. In 2008, I got an email from a CEO of a small Japanese modeling/talent agency asking if I was interested in working with him as a photographer and coordinator, so I jumped ship from the corporate IT life and have been working on interesting projects ever since…

Although I work with a diverse range of clientele, one of the most interesting assignments that I was able to take on to date was with The Times. Whenever I get commissioned with this newspaper, it begins with an “are you available and interested” type of conversation between myself and their Tokyo bureau staff, followed by a final confirmation from the desk in London. 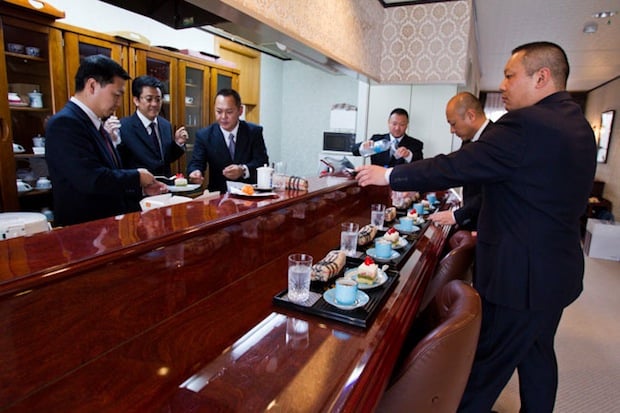 The brief that was presented to me this time explained that there were lots of crimes happening within the community of Kita-Kyushu area, ranging from arson, to threatening phone calls, to people being slashed in the face by machetes. Basically, my job was to illustrate the dangerous goings on that were happening in the community and behind the closed doors of the Kudo-kai — the organization that the police and local people believed was ultimately responsible.

As this was a first-of-a-kind type of assignment for me, I was looking forward to it. After all, it’s not everyday one is allowed into the headquarters of a large mafia organization. 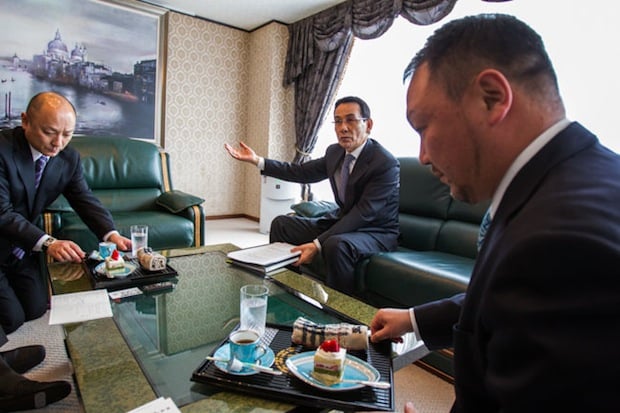 Even though I wasn’t too familiar with this particular Kudo-kai Yakuza group in the beginning, I thought to myself that sometimes it’s probably best not knowing too much. If I knew the organization, it might have changed my perspective and how I photographed them. It’s just like consistently looking at other photographers’ work, you become influenced by their style and the pictures you take are not really yours anymore.

In the beginning, I imagined the Yakuza would be stiff and serious — you know, mafia type personalities — but it was the total opposite. They were surprisingly welcoming and we were all treated with complete respect.

We saw a lot while inside their closed quarters, but there was one particular floor we couldn’t go into because they mentioned it was just a typical “messy” office with papers all over. 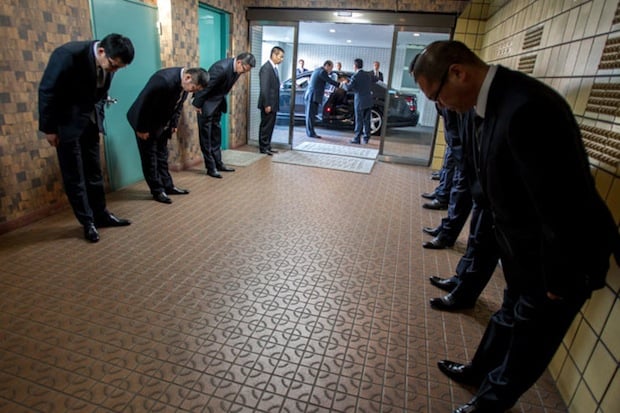 There are always challenges when I step out on a commissioned assignment, but the one main challenge for me every time is whether or not I can bring back usable pictures that are also visually stimulating. On this story, however, I was super focused rather than nervous and trying to make sure I had a variety of shots to choose from at the end of the assignment.

Nothing insidious or particularly eventful happened, but the Yakuza did insist on driving me in a separate car from the rest of the The Times staff at one point. Focused as I was, I thought they were going to drive off in another direction, but I assumed it was just so I could shoot from the car comfortably. 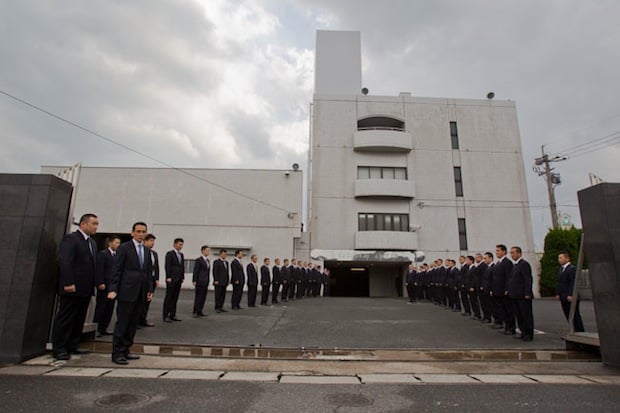 Afterwards, The Times staffers were joking with me that they were going to kidnap me and have me work as the organization’s staff photographer. It made for a valuable lesson in safety and understanding that it’s always the first priority while on any assignment.

It’s always better to ask permission rather than running and gunning the shots, especially when you’re dealing with the Yakuza.

About the author: Christopher Jue is a photojournalist based our of Tokyo, Japan. He considers his images vibrant, honest and straight to the point. Visit his website here.