Earlier this year, we shared some amazing work by Swedish retoucher Sanna Dullaway, who takes historical B&W photographs and colorizes them. YouTube user IColoredItForYou is another master of restoring, retouching, and colorizing, but what’s awesome about his work is that he creates behind-the-scenes videos showing how the edits are done. The above time-lapse video shows how he recently used Photoshop to colorize Margaret Bourke-White’s famous 1937 photograph, titled “Bread Line during the Louisville flood, Kentucky”. 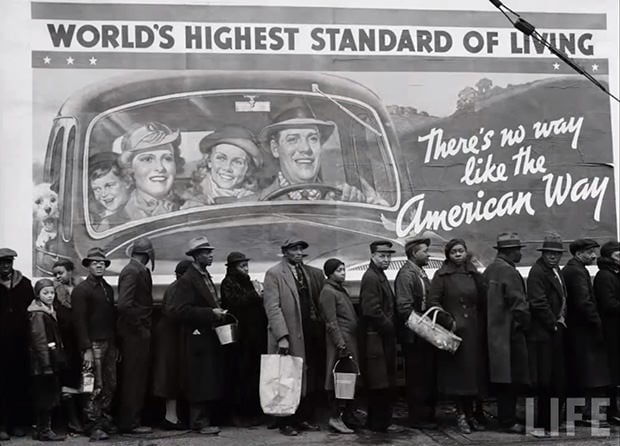 …and here’s the result of IColoredItForYou’s magical Photoshop touch: 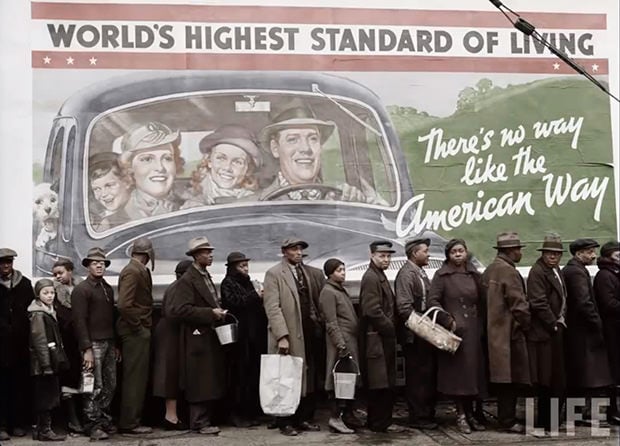 Here are some more of the videos from his account (at the end of each one is a before-and-after comparison):

Unlike other retouchers, who do their projects for hire, IColoredItForYou says that he simply does it out of curiosity — to see what an old image would look like if it had been captured as a color photograph. He’s currently a student, and is entirely self-taught in photo restoration and image editing.

To make appropriate decisions for which colors to use, he does a good deal of research, finding old photographs from the early 20th century to learn about the prevalent colors of the day. A good percentage of his choices are also guesswork, based on intuition and a sense of what looks “best”.

He’s also open to questions and requests, which you can via email. Be warned though, his work is going viral online, so you might be hard pressed to get a response!

A Look At How Leica Lenses Are Made