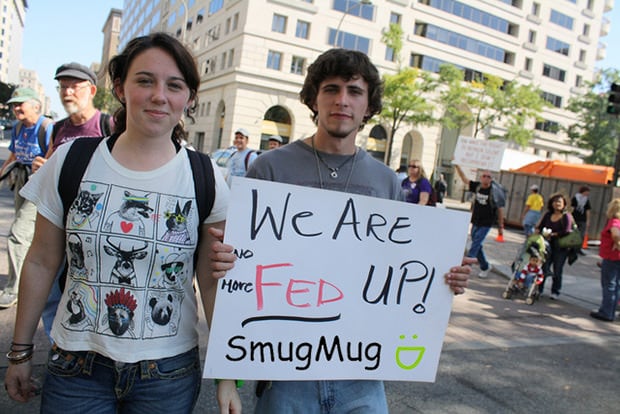 Back in July of 2011, Netflix announced that it would be separating its movie streaming and DVD rental services into two separate subscriptions, increasing the cost for customers who wanted both by about 60%. The news was met with a massive customer backlash online, and over the next three months, more than 800,000 customers canceled their subscriptions and the stock price took a huge hit. The story became a lesson for corporate executives on how not to do price increases. Apparently SmugMug didn’t get the memo.


The subscription-based photo sharing service sent out an email to “Pro” customers tonight informing them of a major service change and price increase. The details are eerily similar to the Netflix case.

Here’s a snippet from the email,

For the first time in 7 years, we’re raising the price of SmugMug Pro subscriptions, something we tried hard not to do.

We know $100/year is a lot and personally, if I were asked to pay more for a service, I’d want to hear from the person responsible for the decision. That’s me, so I placed my dSLR on a tripod, and looked it right in the lens, imagining it was you. I tried to offer a peek inside SmugMug and our thinking:

Because storage, engineering and support costs are so much higher for pros who sell at a markup, we split pro accounts in two: Portfolio and Business.

1. Portfolio is still $150/year (or $20/month) and still provides access to our pro labs for both you and your visitors, plus pro features like watermarking.

More details about the change were published to this blog post.

Wanting to put a human face on the bad news to soften the blow, company CEO Chris MacAskill posted a video to YouTube explaining the “what, why, and how” of the price hike:

So basically, like in the Netflix case, paying customers who want to retain the full range of features they enjoyed before (e.g. make money by selling their photos) will be asked to pay roughly 60% more.

Interestingly enough, Netflix’s CEO also uploaded a YouTube video at the time of his announcement explaining the change. Understandably, both videos have few “likes” and a boatload of “dislikes”.

Customers are turning to social media channels to express their displeasure. One of the popular (and humorous) hashtags being used is #smugmugged: SmugMug was wise in dropping the bad news on the Friday night before Labor Day weekend, as many customers may not hear the news until next week.

The company has long been known for its friendly employees and excellent customer service. Given how similar the details of this case are with the Netflix one, it will be interesting to see whether SmugMug has accumulated enough customer loyalty to avoid the painful backlash that Netflix experienced.