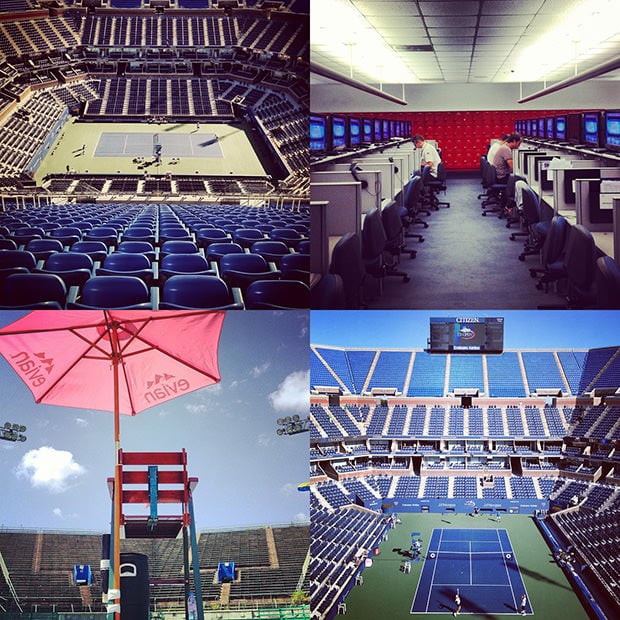 It pays to be a top user on Instagram. In addition to having hundreds of thousands of eyes glued to your stream of photos, marketers for the world’s top brands are constantly trying to think of ways to incorporate you into their advertising campaigns. Case in point: at the US Open this year, there will be three Insta-celebs covering the event alongside the photojournalists from major national media outlets.

The three users — @bridif (140K followers), @takinyerphoto (200K followers), and @newyorkcity (400K followers) — were invited by long-time Open sponsor Evian. The mineral water brand is paying the three Instagrammers a day rate and asking them to share their images through social media tagged with #EvianDay.

Instagram users are quickly becoming a hot commodity amongst brands looking to market themselves as in tune with the times and hip. Back in April, six Instagrammers (including the three mentioned in this post) were invited to document the New York Rangers NHL playoff game. Go further back in February, and a group of Instagrammers were flown out to Dubai to snap filtered photos of the Volvo Ocean Race.

It’s not just iPhones that the photogs are shooting with — Panasonic tells us that they’ve also invited 7 top Instagrammers (with followings of at least 24,000) out to the US Open to shoot with the Lumix line of compact cameras.

If you’ve always wanted to see the world with a camera by your side, perhaps you should start amassing Instagram followers instead of saving up money.

(via Mashable via Fstoppers)