After the viral success of Noah Kalina’s self-portrait-a-day video everyday, there has been no shortage of people copying the idea and creating their own versions of the project. However, not many come close to the awesomeness and creativity of the video above, created by a guy named Mike (Thisnomyp on YouTube).

Almost exactly one year after Kalina’s video hit the web, Mike began taking one self-portrait each day, starting on August 25, 2007. Five years later, this past weekend, Mike was able to compile all the photos into the video seen above, titled “Jump Man.” 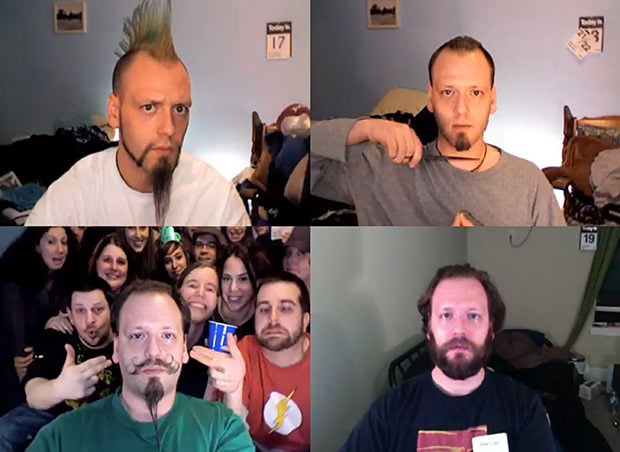 Though he might have been inspired by Kalina’s work, Mike’s video has some creative elements that set it apart from similar videos. Instead of a static photo of his face each day that’s fixed in its framing and composition, Mike moves around in the video, turning tiny movements in successive photos into larger movements when the video is played as a time-lapse.

He also uses a tear-off calendar on the wall behind him to provide viewers with a sense of how much time is passing (and for personal reference when working with the files, which weigh in at tens of gigabytes on his computer).

Pay close attention to the objects in the background — stop-motion animation techniques are used to bring them to life!