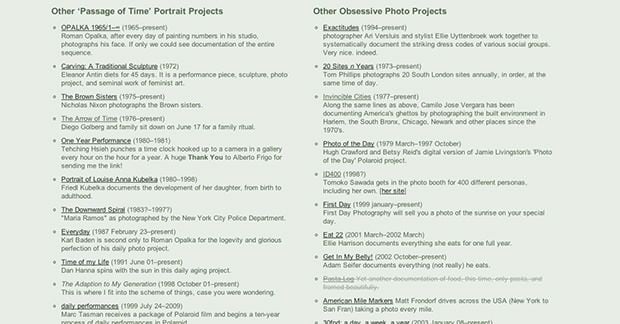 Artist Jonathan Keller Keller first started taking a self-portrait of himself every day starting in 2000, and later created a time-lapse video showing eight years of his life passing in less than two minutes (similar to Noah Kalina’s famous everyday video). What’s neat is that Keller maintains a directory of other similar photo projects out there. All the projects either deal with the passage of time or the obsessive documentation of something.

Examples include the Golberg’s yearly family portrait project done since 1976, the Brown sisters photographed every year for 25 years, and Ellie Harrison’s documentation of everything she ate during an entire year.

Painting with Light: Lighting and Layering a B-25 Bomber

How to Compose Shots When Shooting the Interiors of Homes