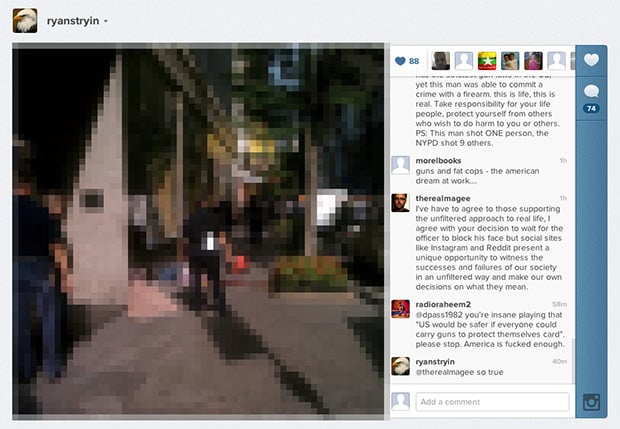 Just a few hours ago, a man opened fire at the Empire State Building in New York City, killing a former co-worker before being gunned down by police. Ryan Pitcheralle was passing through the area when the shooting occurred, and used Instagram to capture a photograph of the victim lying in a pool of blood.

The reaction to the photograph was immediate, and ranged from people thanking Pitcheralle for providing an unfiltered view into what was going on, to infuriated people accusing him of trying to profit off tragedy and demanding that he take down the image.

News organizations around the world pounced on the photograph as well, with a stream of comments and Tweets asking Pitcheralle for permission to use the photograph.

Here’s a screenshot of what the comments on Instagram looked like before most of these request comments were deleted: 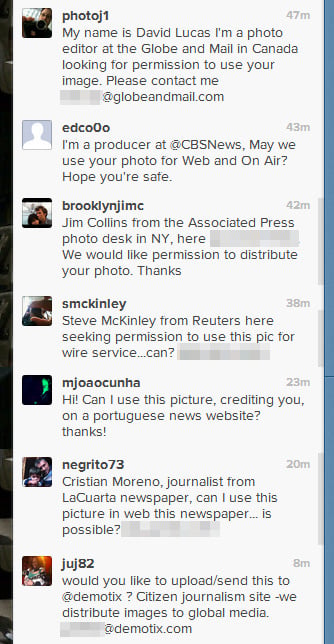 A search on Twitter for “@ryanstryin” reveals plenty of similar requests: 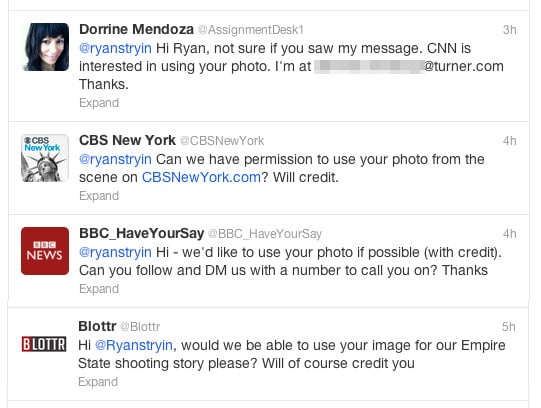 Virtually everyone these days is carrying around a camera wherever they go, so this type of “unfiltered” look at news will undoubtedly become more and more common.

It will also most certainly cause endless debate over the fine line between citizen journalism and the senseless sharing of images showing tragedy. What are your thoughts?

Surreal Photos of Twisty Ladders on a Misty Beach