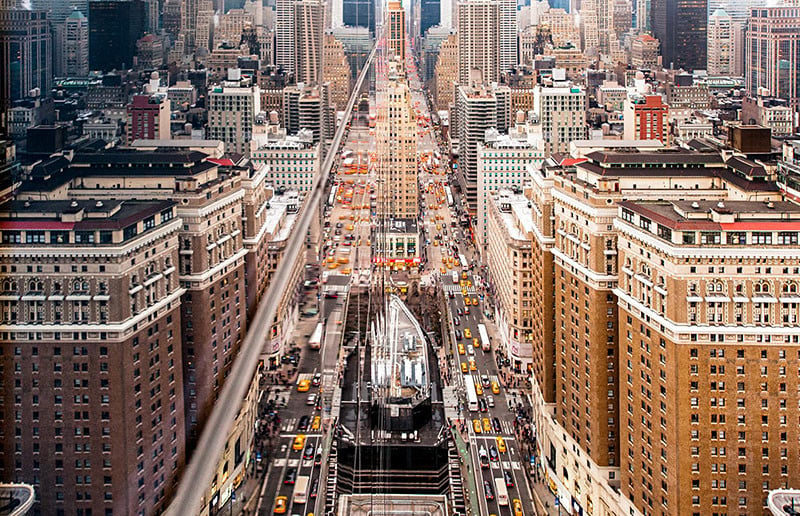 Photographer Navid Baraty captured this beautiful photograph of New York City reflected in the side of a skyscraper.

Baraty, a freelance photographer based in Seattle, Washington, carefully framed the shot so that it would be a mirrored shot with symmetry on the two sides.

“I took the photo by leaning over the roof of a skyscraper along 6th Avenue,” Baraty tells PetaPixel. “I held my camera along the edge of the building so that it was parallel to the street below so I could get the reflected view looking up 6th Ave.”

“It took quite a while to get the vertical symmetry just right!”

The photo is part of an aerial series Baraty has been shooting in New York City and other big cities over the years. You can also find more of his work on his website, Instagram, and Twitter.

How Finding the Right Camera Gear is Just Like Dating