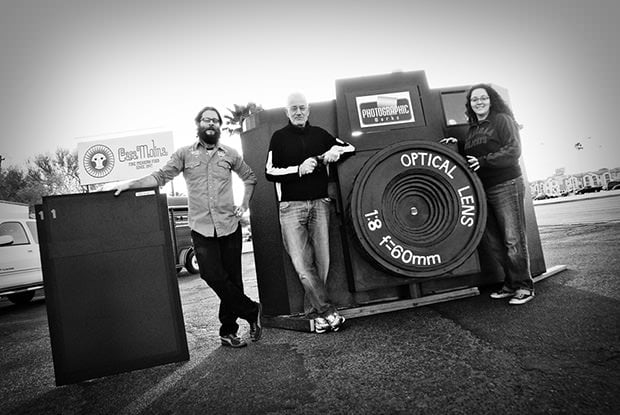 The folks over at Tucson, Arizona-based ArtsEye Gallery love the Holga so much, that decided to create a gigantic version of the plastic 120 format toy camera for an annual photo competition they host. They were originally planning to create it as a fun prop, but midway through the construction process, they had the brilliant idea of making it as a functioning camera.

The proportions of the camera are identical to the actual camera, but the giant version is 20 times the size of the real thing! It’s so big that transporting it from place to place requires heavy lifting, a horse trailer, and a pickup truck. 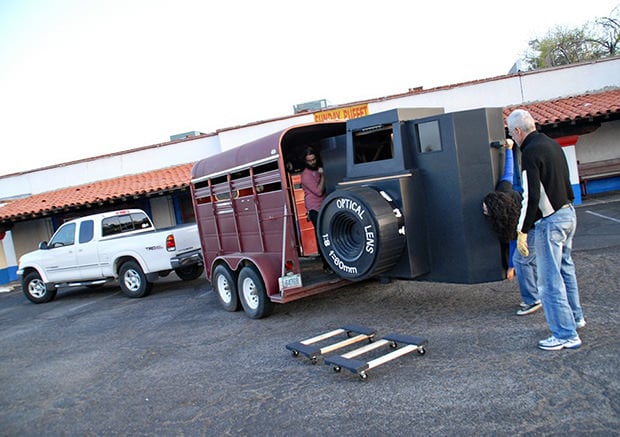 The camera is loaded with 30×30-inch photo paper, both color and black-and-white. Photographic film would work as well, but it’s somewhat difficult to procure a piece of film that measures 2.5 feet on each side. Loading the camera with “film” involves climbing into it. Exposing the images takes about 1-2 minutes per shot. 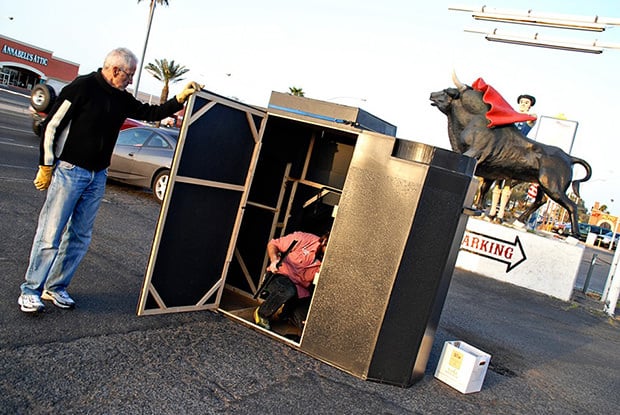 To test out the abilities of the camera, they invited photographer Francois Robert to shoot some sample photos with it. He tells PDN,

I scouted around and in Tucson for 2 days making sure each location would have an easy access for the horse trailer and the pick up truck. The most challenging aspect of working with it is actually moving it from site to site. Luckily, the camera fits inside a two-horse trailer, though just barely.

Here are a couple of the resulting photos: 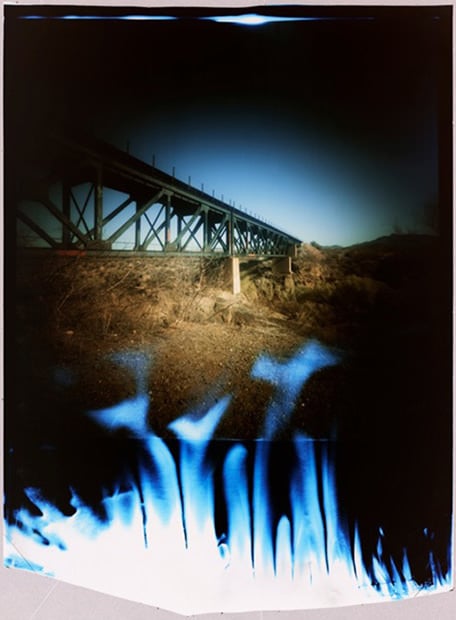 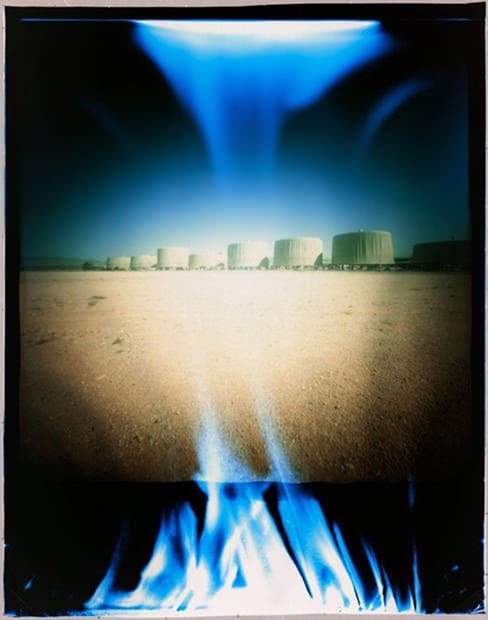 (via PDN via Fstoppers)

Image credits: Photographs by Lorraine DarConte and Francois Robert and used with the permission of ArtsEye