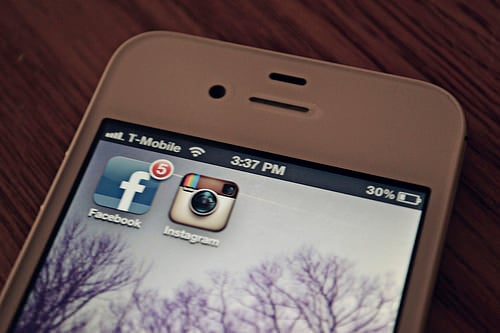 Businessmen around the world are watching Facebook’s plummeting stock closely, but perhaps none more so than the folks over at Instagram. The world was shocked back in April when Facebook agreed to purchase the tiny startup for $1 billion, but one key fact is that the price was to be paid in a mixture of cash and stock. Due to the decline of FB stock, hundreds of millions of dollars have been wiped from the purchase price, which is currently valued at somewhere between $700 and $800 million.

The original acquisition price was $300 million in cash and 22,999,412 shares of stock. At the price of pre-IPO stock at the time, the deal was worth $1 billion. When Facebook eventually went public at a higher price of $38, it was worth $1.17 billion. Now that the price has dropped to around $20, the deal has lost around 40% of its total value.

Steven M. Davidoff over at the New York Times writes that Instagram should have probably done the deal much differently in order to avoid what has happened over the past few months:

What is notable is that Instagram and Facebook did not agree to a floating share exchange ratio or a stock collar, two fairly common merger tools.

[…] In contrast, Instagram agreed to a fixed number of shares rather than a fixed dollar value. That meant Instagram’s owners took the risk of a decline in Facebook shares in exchange for all the benefits of an increase.

[…] Ultimately, though, the antitrust delay is what has really hurt Instagram, and the timing of the fairness hearing is a nonevent that will not speed up this deal.

The end result is that delay has cost Instagram’s owners hundreds of millions, losses they could have avoided or reduced by negotiating differently. It is a lesson for those who strike deals in the heat of the moment — and perhaps too hastily.

An interesting thing to note is that, as part of the contract, Facebook agreed to pay Instagram $200 million even if the acquisition was killed by government regulators. In other words, if the purchase fails to go through, Instagram’s founders pocket $200 million and get to keep their hot company.

Balotelli Tries to Pull a Bolt, Only Gets a Lens Hood Instead of Awesome Pictures