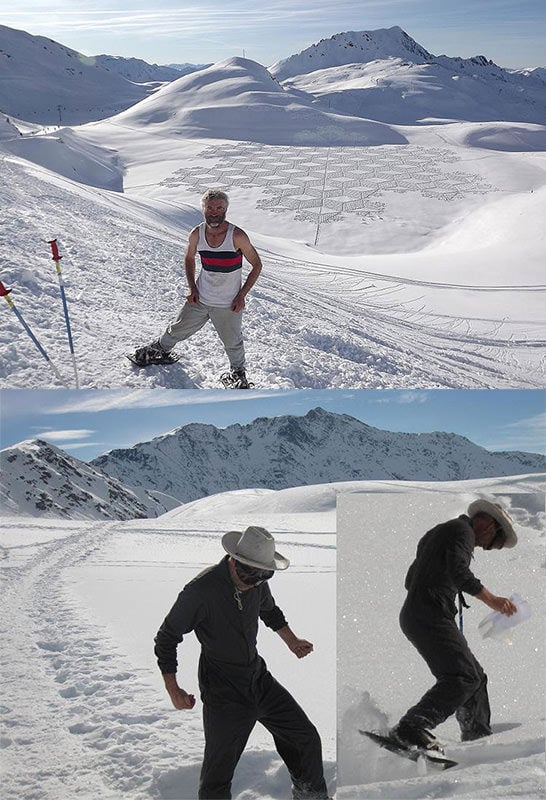 Artist Simon Beck needed a way to get exercise without aggravating his problematic feet, and discovered that walking around in the snow with rigid boots and snowshoes resulted in the least amount of pain. He then came up with the amazing idea of doing crop circle-style designs in large expanses of untracked snow.

Beck spends the good part of a day — between five to nine hours — plodding along according to a pre-planned design. Once each piece is finished, he photographs them from a higher vantage point to preserve them before sunlight, wind, or snow erases them from the face of the Earth. The art is so large that some of the pieces cover entire valleys. 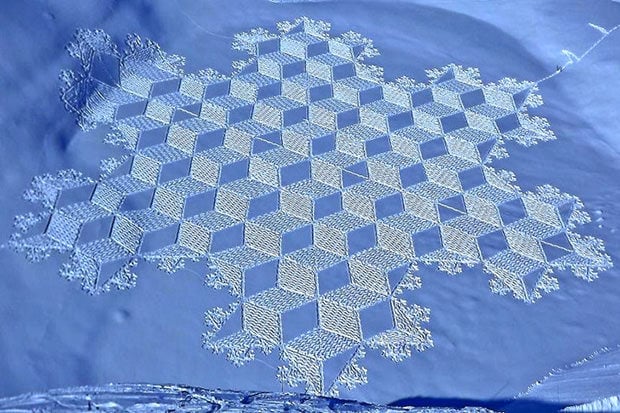 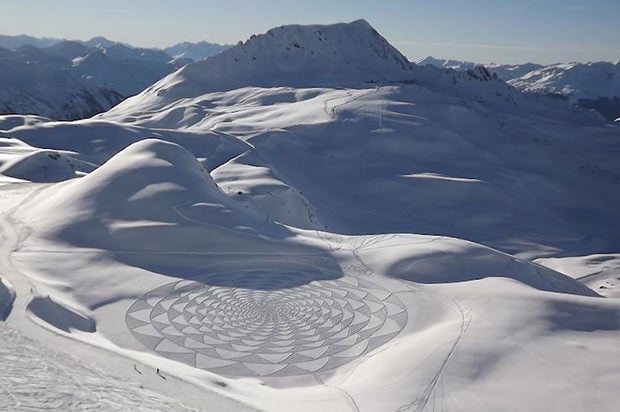 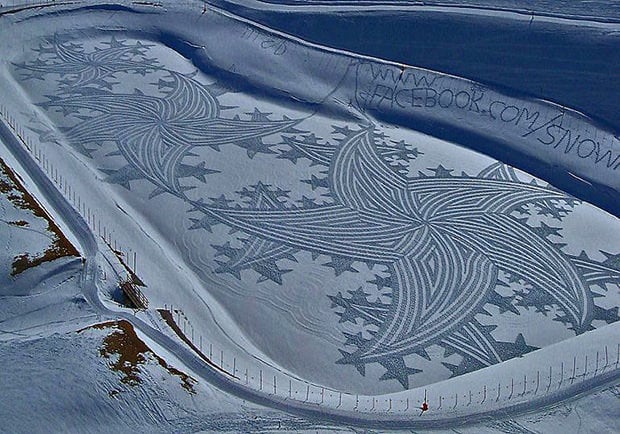 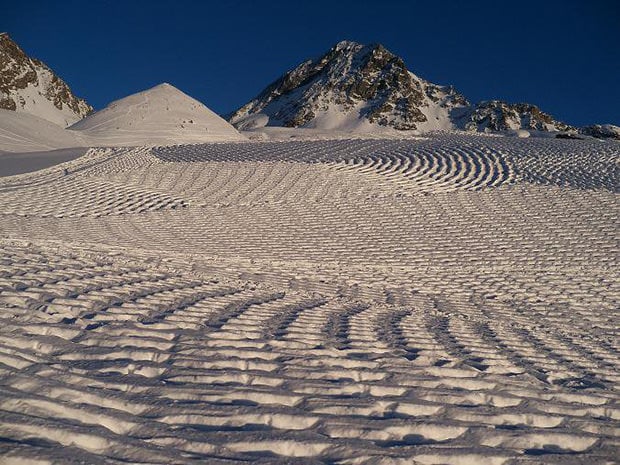 In the Yahoo group he created for this type of art, Beck writes,

[The snow art pieces] are made by a kind of reverse orienteering. The main lines and points are surveyed using a sighting compass (as used for surveying orienteering maps), with distance either by pace counting or string. The main reason for making them was because I can no longer run properly due to problems with my feet, so plodding about on level snow is the least painful way of getting exercise. Gradually the reason has become photographing them, and I am considering buying a better camera.

[…] Many people have asked bow long they take? Well, usually I keep at it until I get too tired, using a headlamp if it gets dark first. It takes typically 5 hours until I can’t go on, but that depends on how tired I was at the beginning of the session and the proportion of the time that was spent on the relatively un-energetic task of setting out the key points in the design, which requires care and accurate measuring rather than flogging thru the snow in a more or less continuous manner.

As a ‘ball park figure’ in average snow conditions an area the size of a soccer field would be comparable to half the ascent of Mont Blanc starting at the nearest road (Bionnassay), a vertical climb of 1550m.

You can find more of his photographs over in this Facebook photo album.

Image credit: Photographs by Simon Beck and used with permission

The Three Winning Apps From This Year’s Photo Hack Day