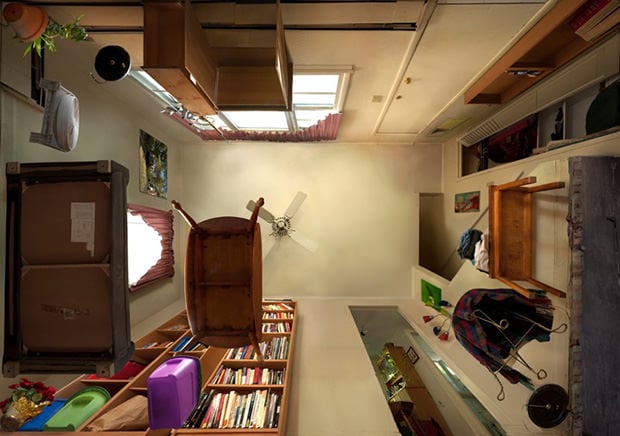 A couple months ago we shared a creative photo project that showed various interior spaces from directly overhead, as if they were photographed by a fly on the ceiling. German photographer Michael H. Rohde has a similar project, except his photographs are shot from the opposite direction: directly below.


Titled “FROM BELOW”, the images look as though they were shot from beneath invisible floorboards. They’re actually composite images created using hundreds of individual photographs. Rohde carefully captures the various parts of the room (and objects within) from below, and then stitches the pieces together seamlessly to obtain his trippy final products. 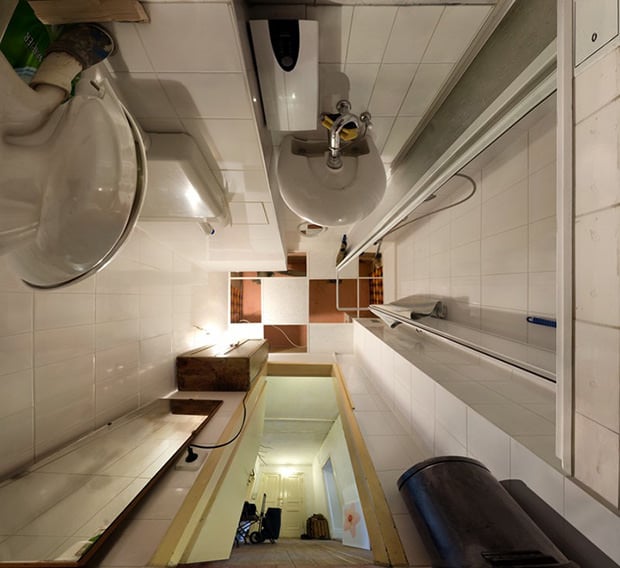 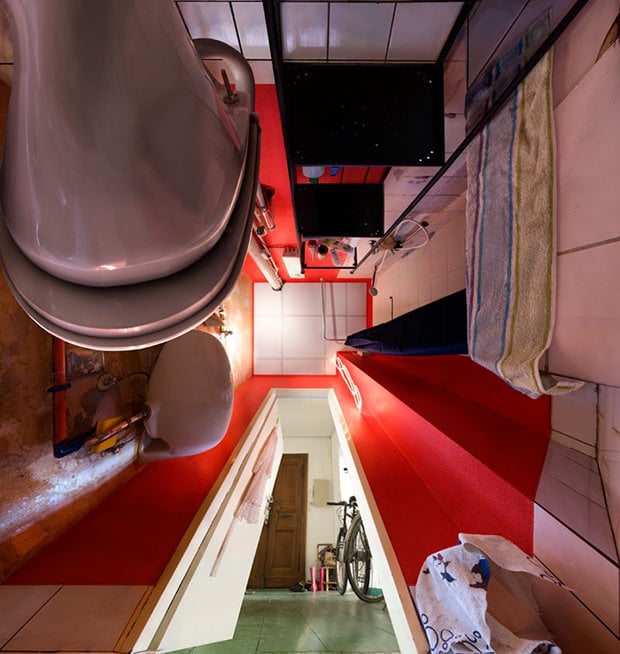