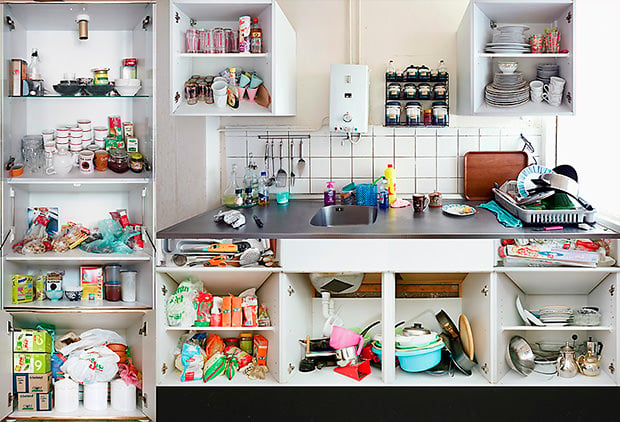 Like most people, your kitchen at home is probably littered with various items collected over the past months, years, or even decades. Photographer Erik Klein Wolterink has a project titled Kitchen Portraits in which he captured portraits of the kitchens of various ethnic groups within Amsterdam. Rather than photograph them from one angle, he opened up the cupboards, drawers, fridges, and ovens, and photographed each space individually. The images were then combined afterwards into detailed composite images that offer interesting snapshots of the spaces. 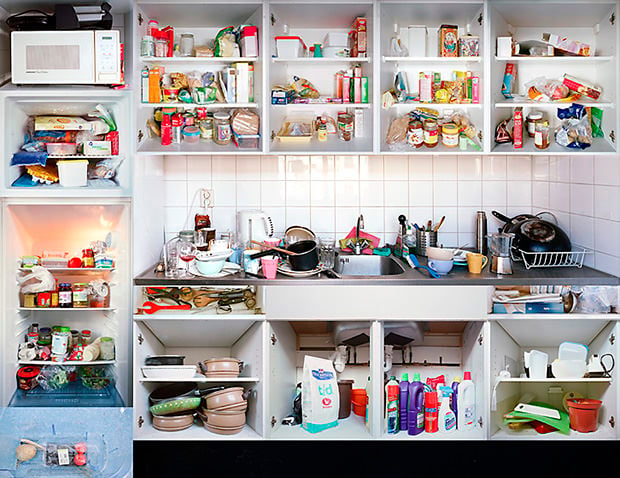 A well-stocked kitchen refers to Turkish cookery with goat’s cheese and halal sausage. But the mix for homemade apple pie is a witness of an open attitude towards other customs. A mother shows her African roots with a plastic Voltic Sparkling Water bottle filled with palm oil. Female students undermine our prejudices with a spotless kitchen. In the kitchen of a family with growing children, a packet of Korma curry of Pakistani descent and cardamom pods try to square themselves with Dutch kitchen habits. Here the Dutch sandwich culture leaves its traces in the sandwich wrappers in the drawer, the sandwiches in the fridge and the Nutella chocolate paste in the sink cupboard next to the abrasive agent. The kitchen as metaphor of a complex, multicultural reality.

The series is also available as a book.