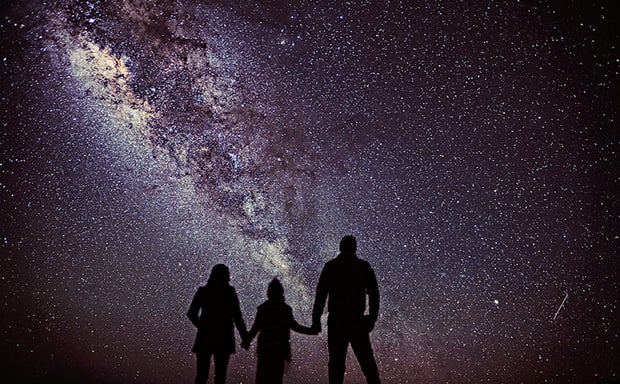 The next time you’re out in a non-light polluted place with your family and your camera, try using our galaxy as a backdrop. Hawaii-based photographer John Hook shot this ridiculously awesome photograph of him, his wife, and his daughter staring up at the Milky Way. As if that weren’t perfect enough, there’s also a shooting star photobombing the portrait in the lower right hand corner!

The photo was captured on the road to the Mauna Kea observatory on the Big Island of Hawaii, about one mile from the observatory’s visitor center.

After focusing on the stars, setting the self-timer, and pushing the shutter release, his family hurried into the frame, held hands, and made their best effort to stand perfectly still for the duration of the 30 second exposure.

This magical photograph is what resulted.

Image credit: My family self-portrait by John Hook and used with permission

Why You Should Always Rotate Original JPEG Photos Losslessly