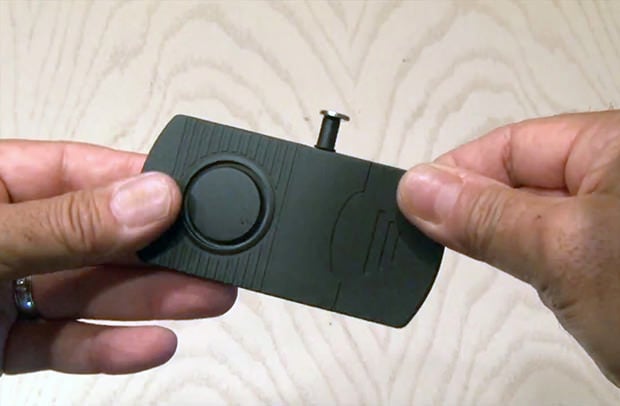 For people looking to protect their belongings from theft in public places, there are bag alarms out there that can alert them (and everyone around them) if someone tries to pick up their stuff. DIY hacker Kip Kedersha (kipkay on YouTube) recently came up with a clever way to make one of these alarms for just $2.


Kedersha’s alarm is built using impact alarms he found at a local dollar store. The cheap alarms are designed to detect impact — such as when a window is broken by a burglar — and come with an on/off switch.

To transform it into a motion alarm for bags, he removed the on/off switch and replaced it with a cheap $0.50 tilt switch that’s activated whenever it’s disturbed.

The resulting alarm no longer has an off switch, so he decided to use a magnet to keep the switch in a non-tilted position. You can also make the alarm look much slicker by spray painting it black.

If you want something more reliable to protect your expensive gear, you should look at buying a pricier alarm, but Kedersha’s alarm is a clever and cheap idea that can give you some peace of mind.