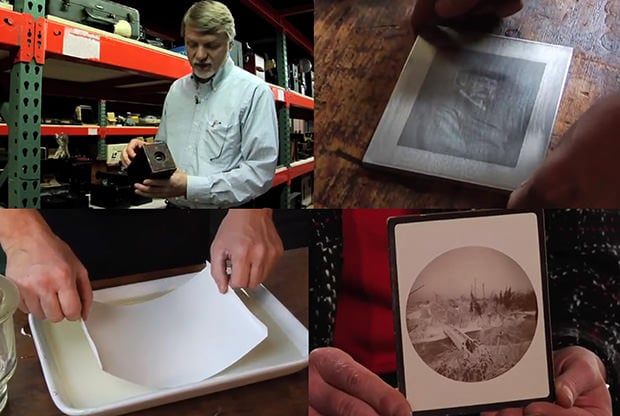 George Eastman House just finished its 6 part video series on photographic processes used throughout history. The short educational videos run about 3-6 minutes each, and provide a great look into the various ways photographers of old created their images.


Here’s the entire six-part series for your enjoyment:

Invented in the early 1800s by Louis Daguerre, the daguerreotype was the first process to become commercially successful. The first ever photograph of a human being was shot using this process.

Invented in the mid 1800s, the collodion process was widely popular and almost completely replaced the daguerreotype within 10 years of being introduced. This is the process people refer to when they say “wet plate” photography.

Used in the mid-to-late-1800s, the albumen print process was also known as the albumen silver print. It was the first commercially viable method of creating prints on paper from photographic negatives. In case you didn’t know, albumen is another name for egg white, which was a primary ingredient in the process.

Invented in 1864, the woodburytype was the first photographic method capable of producing printed illustration material that preserved the details of photographs.

The platinum print is a monochrome printing method that surpasses every other chemical-based process in tonal range. Instead of silver, platinum is used in the emulsion coating the photo paper. The resulting photos are the most durable of prints, since platinum metals are extremely stable — these photos are estimated to have lifespans of at least thousands of years.

The gelatin silver print is the black and white process that you might be familiar with if you’ve ever shot monochrome film photographs. It was the dominant process in the industry until color photography drank its milkshake in the 1960s. If you’ve ever taken a photo class that involved processing and developing your images in a darkroom, this is probably what you used.