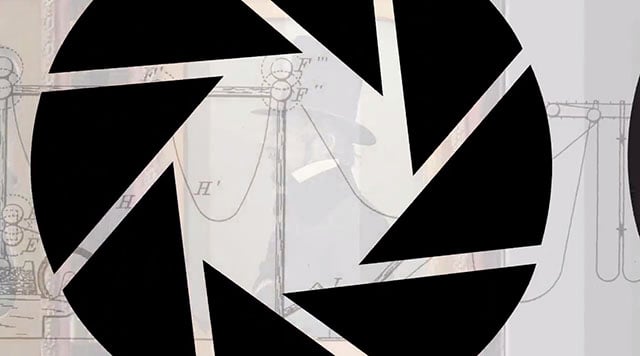 Back in 2012, the George Eastman House released a series of six videos showing six photo processes used in the history of photography. This month, the museum re-released those six videos alongside six new ones. It’s a video series that now spans 12 videos showing major processes spanning from the Daguerreotype all the way up through digital photography.

The discovery of these processes have forever changed our understanding of time. For the first time in history we could see what our ancestors looked like. Take a look behind the scenes into our world class photograph collection from within our vaults.

Here are the twelve videos in the series:

From the ancient discovery of the camera obscura to the 18th century mechanical devices used to create silhouettes such as the physionotrace, this initial chapter explores the inventions and inventors that preceded photography. It recreates the experiments of Johann Schulze who proved the light sensitivity of certain silver salts and Thomas Wedgwood’s early attempts to make photographic images. These early pioneers contributed to the discovery of photography in 1839.

The first commercially successful photographic process was announced in 1839, the result of over a decade of experimentation by Louis Daguerre and Nicéphore Niépce. Unfortunately, Niépce died before the daguerreotype process was realized, and is best known for his invention of the heliograph, the process by which the “first photograph” was made in 1826. Daguerreotypes are sharply defined, highly reflective, one-of-a-kind photographs on silver-coated copper plates, usually packaged behind glass and kept in protective cases. The daguerreotype process is demonstrated in this chapter.

Working in England, at the same time as Daguerre, William Henry Fox Talbot is best known for the invention of the negative/positive photographic process that became the standard way of making photographs in the 19th and 20th centuries. His early processes of the photogenic drawing, salted paper print and calotype negative are demonstrated in this chapter.

Sir John Herschel invented the cyanotype in 1842. The process depends on the
photochemical reduction of ferric salts into ferrous salts leading to the formation of Prussian blue, an iron-based pigment. The process was used sporadically throughout the 19th century and more frequently in the twentieth century for the reproduction of architectural plans and technical drawings, called “blueprints.”

Introduced in 1851, by Frederick Scott Archer, the wet collodion process was a fairly simple, if somewhat cumbersome photographic process. A 2% solution of collodion, bearing a very small percentage of potassium iodide, was poured over a plate of glass, leaving a thin, clear film containing the halide. The plate was then placed in a solution of silver nitrate. When removed from the silver, the collodion film contained a translucent yellow compound of light-sensitive silver iodide. The plate was exposed still wet and then developed by inspection under red light. Once the plate was washed and dried, it was coated with a protective varnish. The collodion process replaced the daguerreotype as the predominant photographic process by the end of the 1850’s. It was eventually replaced in the 1880’s with the introduction of the gelatin silver process.

The albumen silver print, invented in 1850, was the most popular photographic printing process of the 19th century. To make albumen silver prints, a sheet of paper is coated with albumen (egg white) and salts, then sensitized with a solution of silver nitrate. The paper is exposed in contact with a negative and printed out, which means that the image is created solely by the action of light on the sensitized paper without any chemical development. Because the paper is coated with albumen, the silver image is suspended on the surface of the paper rather than absorbed into the paper fibers. The result is a sharp image with fine detail on a smooth, glossy surface.

Platinum prints are characterized by their delicate surface and subtle tonal gradations. They are made by sensitizing paper with iron salts and exposing the paper in contact with a negative until a faint image has formed. The paper is then chemically developed in a process that replaces the iron salts with platinum and intensifies the image. Platinum prints were popular with art photographers around the turn of the twentieth century, but when World War I caused the price of platinum to rise, palladium (a related metallic element) was introduced as a more affordable substitute.

Carbon prints and gum bichromate prints are both examples of pigment processes. Rather than the metal salts typically used in the formation of photographic images, pigments and bichromated colloids are used in making these prints. A bichromated colloid is a viscous substance such as gelatin or albumen that is made light-sensitive by the addition of a bichromate. Bichromated colloids harden when exposed to light and become insoluble in water; this is the principle behind many of the non-silver-based photographic processes. Pigment processes were developed in the 1850s and offer superior permanence and control of the appearance of the final print. The resulting prints are characterized by broad tones and soft detail, sometimes resembling paintings or drawings.

Woodburytypes are distinguished from other photomechanical processes by the fact that they are continuous-tone images. The process involves exposing unpigmented bichromated gelatin in contact with a negative. The gelatin hardens in proportion to the amount of light received. When the gelatin is washed, the unexposed portion dissolves, leaving behind a relief of the image. Under extremely high pressure, this relief is pressed into a sheet of soft lead, producing a mold of the image. This mold is then filled with pigmented gelatin and transferred to paper during printing. The process was invented in 1864 by Walter Woodbury and achieved acclaim for its exquisite rendering of pictorial detail and its permanency.

The gelatin silver process was introduced at the end of the nineteenth century and dominated black-and-white photography in the twentieth century. The paper or film used to make gelatin silver prints and negatives is coated with an emulsion that contains gelatin and silver salts. Gelatin silver prints and negatives are developed out rather than printed out, which means that exposure to light registers a latent image that becomes visible only when developed in a chemical bath. This process requires shorter printing times than earlier printed-out processes such as salted paper prints and albumen prints. George Eastman’s introduction of flexible roll film and the Brownie camera revolutionized photographic practice and industry, putting photography into the hands of the masses for the first time. This process is responsible for all the black and white, color and motion pictures produced in the 20th century with analog materials.

Photography’s earliest practitioners dreamed of finding a method for reproducing the world around them in color. Some 19th century photographers experimented with chemical formulations aimed at producing color images by direct exposure, while others applied paints and powders to the surfaces of monochrome prints. Vigorous experimentation led to several early color processes, some of which were even patented, but the methods were often impractical, cumbersome and unreliable. This chapter explores early additive color processes as well as later subtractive processes like chromogenic color and the Kodachrome.

A Casual Review of the Fujifilm X100T