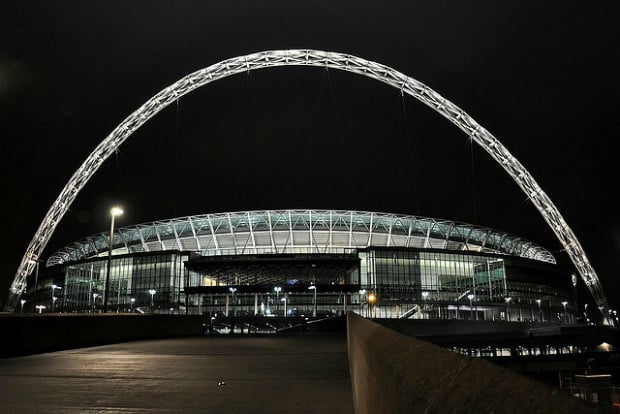 Photographically speaking, the London Olympics have caused quite a bit of confusion for ticket holders. Initially, the ticket holder agreement seemed to imply that you wouldn’t be allowed to upload any of the photos taken at the games to social networks; then once the rules were clarified, a size limit was set in place, but only in certain venues, outdoor venues were promised to be “more lenient;” and now it seems that Wembley Stadium (pictured above), where all of the Olympic soccer matches will be held, will not be allowing any “professional-style cameras [any camera with interchangeable lenses] or recording/transmitting devices.”

This not only prohibits the use of SLRs regardless of lens size, but the myriad mirrorless options out there (many of which are downright small) are also out. To make matters worse, when asked to clarify, a spokesperson for LOCOG declined, saying that “it would be impractical to publish a definitive list of cameras and lenses that would, or would not, meet the requirements.” According to the same spokesman, LOCOG is leaving it up to attendees to have “sufficient technical knowledge to sense what would and would not be allowed…”

The general consensus among photographers attending the games at this point is that you should “take your chances” and see what you can get away with bringing in — especially since we still don’t know if the officers have been briefed on the difference between professional and non-professional equipment. But if you do choose to take the risk be sure to get there early, if for some reason they don’t let you in you’ll need enough time to store your prohibited gear back in a safe place, since LOCOG has already clarified that security will not be able to hold it for you (if you even dared trust them).