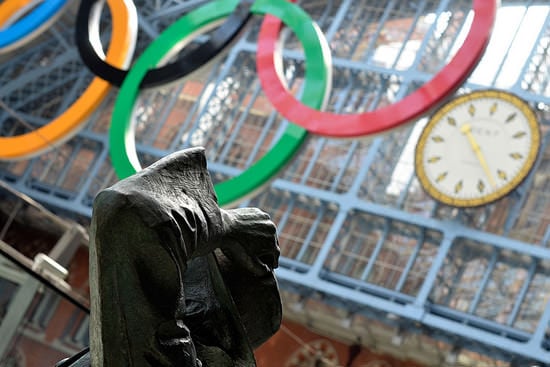 A month ago, quite a bit of controversy was stirred up when Amateur Photographer pointed out some stringent and seemingly unenforceable restrictions included in the London 2012 Ticker Holder Agreement. Initially it seemed that attendees might have been prevented from posting images to social networks (an assumption which was later refuted). But even though attendees will be allowed to post images to Facebook to their heart’s content, amateurs and non-media who wanted to get some commercial-grade pictures of the Olympic events are still out of luck.

While larger venues might be more lenient, camera equipment over 30cm long (about 12in), including tripods and monopods, will not be allowed in most of the venues. In addition, attendees have also be warned that there is no storage available, so if you surrender your camera equipment to security, you’re not getting it back. If you have any doubts regarding your equipment, it’s better to leave it in your room.

The most interesting rule, however, has nothing to do with the camera equipment you use, but rather with your smartphone. Attendees, while they will be allowed to bring iPhones and Android phones into the venues, will not be allowed to use them as WiFi hotspots — in other words, if you wanted to connect your SLR (with an acceptably short lens) or WiFi enabled camera to social networks via your phone to do some on-the-fly uploading, you will not be allowed to do so.

Some are saying that the newly clarified rules are just another example of how photographers are having their rights slowly stripped away. What’s your take on the them? Fair? Unfair? Unenforceable? Let us know in the comments down below.

(via BJP-Online via Amateur Photographer)