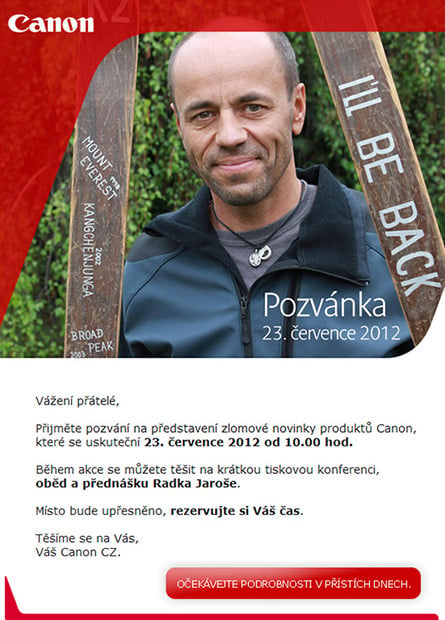 Canon is sending out the above invitation for a press event on July 23rd (translation, anyone?). This date is when the company’s first mirrorless camera(s) is expected to be unveiled. Here are the rumored specs of the new system: two cameras with G1 X-sized sensors offering 14 and 24 megapixels, EF compatibility using an adapter, EVF on at least one of the cameras, and 3-5 lenses initially. Mark your calendars — it’s coming.

(via Canon Rumors via Photo Rumors)

Smashing Booth: A Photo Booth that Shatters and Snaps Objects