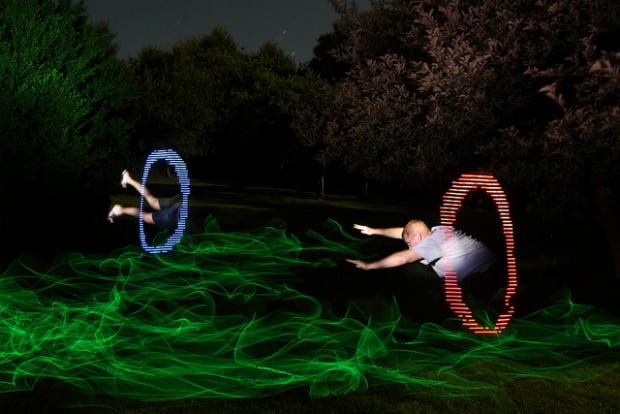 If you’ve ever played the video game Portal you’ll know how addicting it can be. Sort of like a first person puzzle, the game and its sequel require you to use a portal gun to create linked “portals” through space in order to get out of sticky situations. Well, photographer Jeremy Jackson had an interesting idea: why not recreate the world of Portal with a well-planned light painting exposure?

The result, which you can see above, was actually shot as a single exposure using a Canon T1i and a manual 14mm f/2.8 lens. It took 357 seconds and one mid picture aperture change to get both the portals and trees lit properly, but there’s no denying the photo does the job and, according to Jackson, was a blast to shoot.

Image credits: 154/366 – The Portal is a Lie? by Jeremy Jackson and used with permission