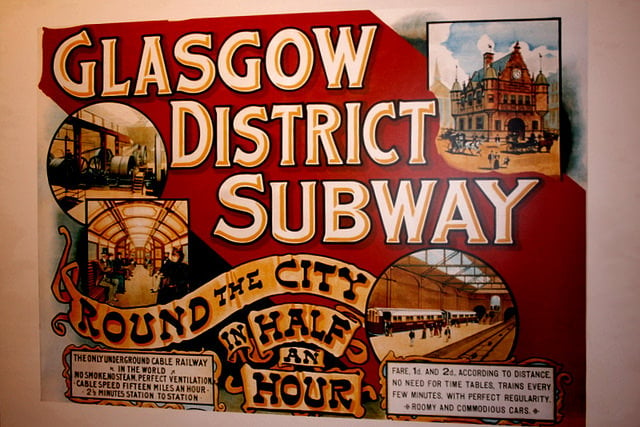 Earlier today Amateur Photographer reported that the Strathclyde Partnership for Transport (SPT) in Glasgow, Scotland is set to impose a series of bylaws for the cities transport, including a ban in section 12.1 which would prohibit riders from “take[ing] photographs, or make[ing] video, audio or visual recordings on any part of the subway.” In fact, the only way around the ban would be to get express written permission from the SPT and show it to any officer that may request to see it.

The obvious outcry from photographers has been that the law is utterly unenforceable, especially given the fact that the wording extends beyond flash and commercial photography. In theory, the byelaw would stop people from mapping out the subway system for terrorist activities, but many believe it goes too far.

While talking to Amateur Photographer Michael Pritchard, director general of the Royal Photographic Society said regarding the rule:

Once again, photography is being targeted in a blanket way that is illogical and offers no benefit to the public or to Strathclyde transport staff.

Some hope that the byelaw, number 12.1, might be reworded to mirror byelaw 11.2, which prohibits the use of musical instruments “in a way which may annoy a reasonable person.” At least in this way the police wouldn’t be stuck trying to keep everyone using a camera phone under wraps.

Nikon’s Articles of Incorporation May Be Updated to Include… Cosmetics?