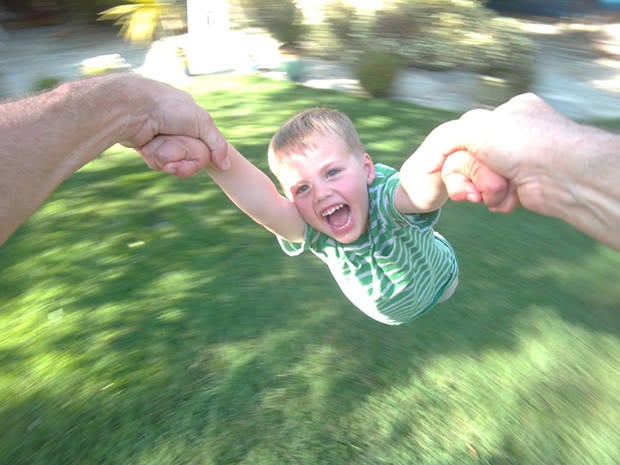 Google has published a second sample photo captured using its Google Glass augmented reality glasses. This time it’s a 3MP photograph captured by Googler Sebastian Thrun while spinning with his son Jasper. It’s an interesting example of the moments people will soon be able to capture if wearable, voice-controlled cameras become a part of how we document our lives. No word on whether the camera quality has improved since the first sample photo was released, but this latest one sure looks better.

Snapheal Brings Content Aware Fill to Your Mac for Only $19.99

Cops vs. Cameras: Widespread Camera Use and the Rise of The New Media