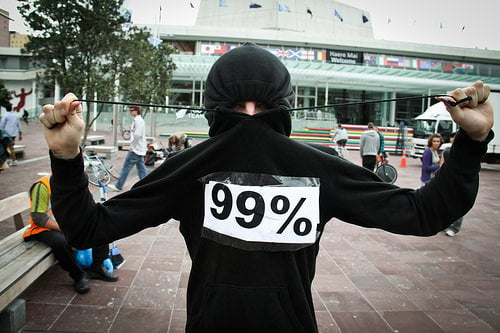 On May 2nd, news started coming in that the previous day’s MayDay Occupy protests in New York had turned violent towards photographers. At first, people viewed the assaults as unplanned, isolated incidents; but since the attacks took place, a piece on Anarchist News has been released to set the record straight: photographers, apparently, are the enemy.

To our enemies: if we won’t hesitate to directly confront hundreds of cops and to destroy property, what makes you think we hold the lens of your camera to be sacred? You want to preserve your four thousand dollar camera to watch us break everything else? We are not doing this for you, and this is not a game. You clearly do not understand that there is no exception. We feel nothing but contempt for you cowardly spectators.

the “did you know that a photographer’s camera could pay your rent?” collective

It seems the world just got a little more dangerous for photojournalists covering the Occupy movement.