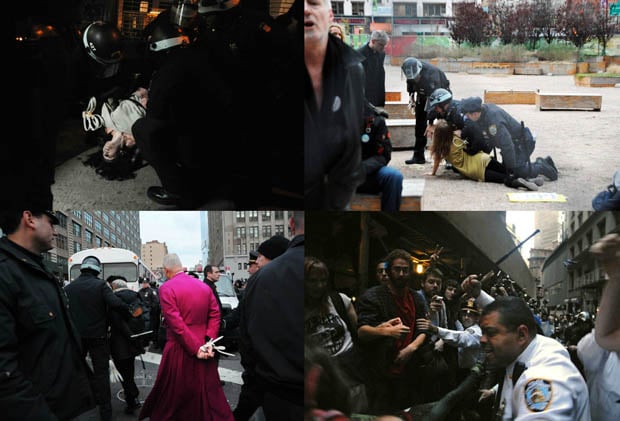 The National Press Photographers Association announced this week that it will be joining a major lawsuit filed against NYC and the NYPD for civil rights violations during the Occupy Wall Street protests.

The NPPA joins a number of photojournalists and 5 elected city officials in the lawsuit, which was filed in federal court this past Monday. The list of defendants includes the City of New York, the Metropolitan Transit Authority, and JP Morgan Chase (which made an unprecedented $4.6 million donation to the NYPD in 2010).

In a statement released Monday, the NPPA cites the case of photojournalist Stephanie Keith, who was arrested twice and harassed while covering the protests. Keith is quoted as saying,

I joined this lawsuit because as a working journalist I’ve been arrested, thrown to the ground, hit with batons and yelled at by the NYPD while doing my job on assignment. I have seen my fellow journalists being treated this way as well. Why should journalists be subjected to trauma inducing harassment on the job?

The plaintiffs are seeking both “compensatory and monetary damages” and the appointment of a independent monitor to ensure that these harassments don’t occur in the future.

BTS: Shooting Portraits of Scientists for the Cover of Wired UK Magazine