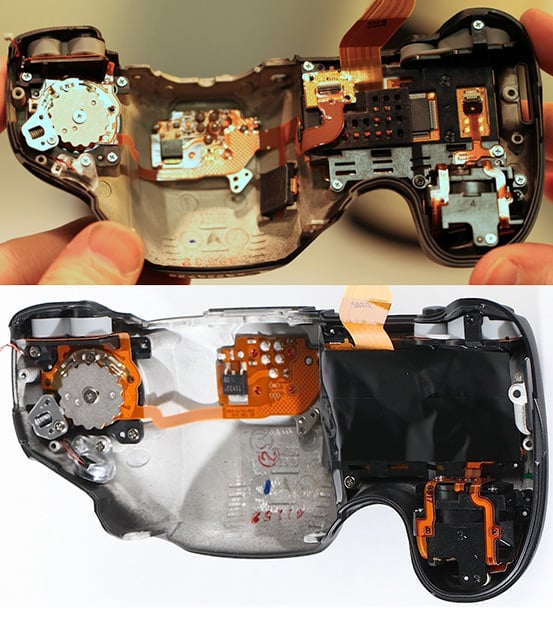 Canon has received some pretty bad publicity over the past month due to the 5D Mark III’s “light leak” issue — a relatively minor flaw in which light from (or through) the LCD panel can affect the camera’s exposure readings in extremely dark environments. Last week Canon finished investigating the issue, and reported that it only affects a certain range of serial numbers, suggesting that the company has implemented a fix for newer bodies. It also announced that service centers would be providing free “inspections” for owners concerned about this issue.

If you were wondering what kind of fancy fix the company came up with, here it is: tape. The folks over at LensRentals received a batch of newer 5D Mark III cameras, and took one apart to compare with the old version. They found that the innards under the LCD screen are now covered with a large strip of black tape. And yes, the problem is gone.