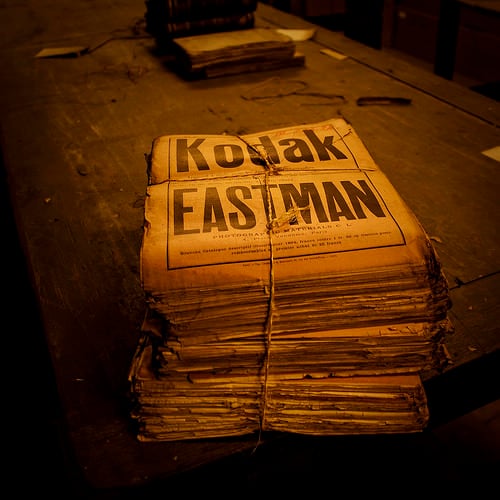 They say that when it rains it pours, and nowhere is that more evident than with the troubled, once-great photography company Kodak. After filing for bankruptcy, narrowing its focus to printers, and selling the Kodak Gallery for pennys on the dollar, we sort of hoped the company would start to see some rays of sunshine break through their perpetual cloud cover. Unfortunately, their quarter’s earnings report is anything but sunny.

It seems that the first 3 months of 2012 haven’t been kind to the Rochester based company, which today reported a 27-percent drop in revenue for Q1, bringing their total revenue below the $1 billion mark at $965 million. The silver lining, if you choose to see it, is that the company has increased its liquid assets from $500 million to about $1.4 billion; and although this quarter’s losses tally up to a whopping net loss of $366 million (compared to last year’s $246 million loss), Kodak maintains that this simply reflects the cost of restructuring.

As far as we can tell the only real bright side — that is, a bright side that doesn’t include a negative sign and a bunch of zeros — is that their consumer ink jet revenues jumped by 37-percent.

(via BusinessWire via The Verge)

An Artist Goes Undercover at a JC Penney Portrait Studio