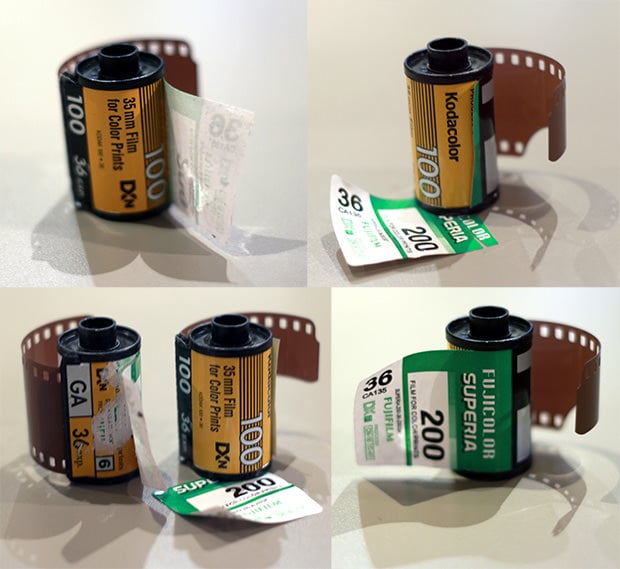 If you ever turn to eBay to purchase film, you should purchase from sellers that have both a high feedback rating and a country of origin that you trust. Reader Dallas Houghton recently purchased what he thought was 10 rolls of Fujicolor Superia 200 for $28 from a seller based in ShenZhen, China. After the film arrived, he noticed a tiny bit of yellow on the roll. When he gave it a closer look, he discovered that the “Superia” branding on the outside was actually a sticker. Once the sticker was removed the film turned out to be a roll of Kodak 400. He peeled the sticker off another roll and that one turned out to be an older Kodak Kodacolor 100 roll. Caveat emptor.