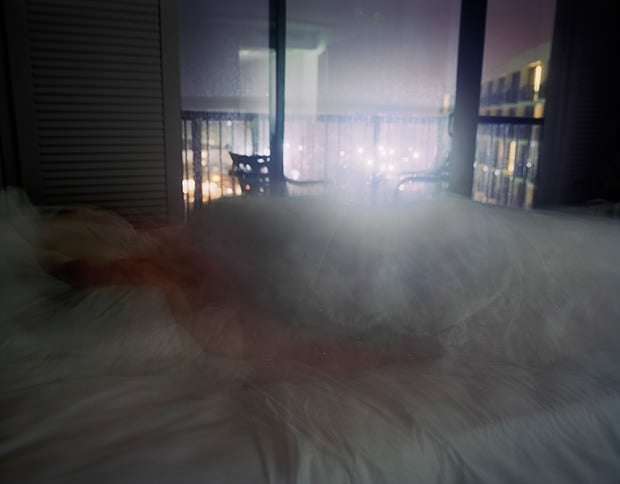 Hamilton College assistant art professor Robert Knight has a project titled “Sleepless” that consists of ghostly long exposure photographs of people tossing and turning throughout the night. The project was inspired by his experience with insomnia, which set in after he and his wife became parents for the first time. After documenting his own sleep movements, he began documenting other people’s sleep as well. To create the images, he carefully calculates proper exposure based on the dim lights in the room, and then asks the subject to open the shutter before they go to bed and then close it before the sun comes up. 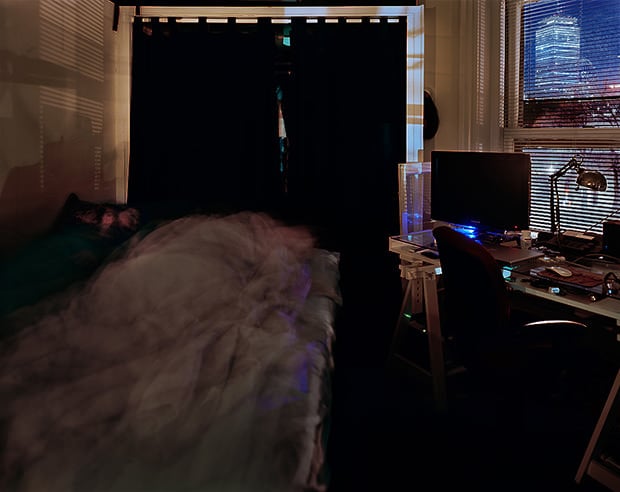 Sleepless by Robert Knight (via Wired)

Image credits: Photographs by Robert Knight and used with permission

Flash Applets on Some Technical Aspects of Photography