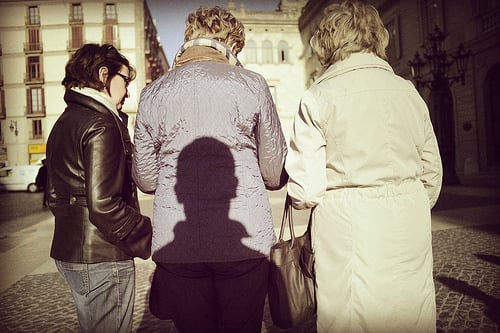 Here’s a quote by photographer Richard Benson on Lee Friedlander’s approach to photography (from his afterword in In the Picture: Self-Portraits, 1958-2011):

Lee has often worked without a specific project in mind, simply making pictures of what he saw, in order, as Garry Winogrand said, to see what it looked like photographed. This way of working led him to look at his contact sheets (of which there have been an astonishing number) to find out what was there that he might not have expected. His shadow, and more clearly defined versions of himself, turned up with regularity. At some point early on Lee realized that he was making self-portraits along with many other photographs that were defining a new landscape for all of us who saw his work. There is a great lesson in this for photographers of today who dedicate themselves to one project or another, failing to understand that the best work might come from an obsession with the medium rather than the personally oriented choice of what might be done with it. Lee always has a camera with him and is constantly making pictures. How much better the work of today might be if all the young and dedicated photographers took up this habit.

If you’re in a creative rut and can’t think of a “project” idea, don’t worry — just be obsessed with photography itself and constantly be ready to photograph what interests you.

(via valerian via tokyo camera style)