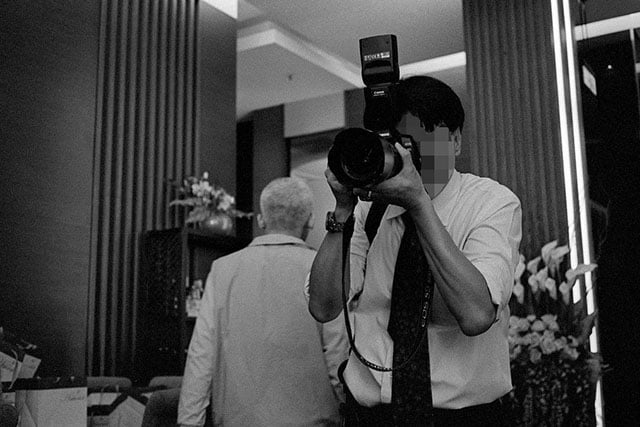 Here’s a strange case of someone being a little too obsessed with photography. A woman who recently filed for divorce in Taiwan cited her husband’s obsession with photography as one of the main things that broke their marriage.

Apple Daily reports that in a case brought before the Taipei District Court, a woman named Ms. Chien accused her husband, Mr. Cai, of focusing so much on taking pictures that he lacked empathy towards his family and friends.

The wife cited a number of examples of how Cai took his obsession “to an unhealthy level” by shooting photos at inappropriate times in their lives.

In one case, when the couple took their baby son to the hospital for vaccinations, Cai allegedly asked the doctor to give the baby a second shot in order for Cai to get the photo he wanted.

Another incident was when the couple awoke to their son crying at 2am. Chien says her husband insisted on pulling out his camera and tripod in order to take pictures of the baby instead of taking care of the boy, and a heated argument between the couple ensued.

(via Apple Daily via Bokeh)

Cats in Hats: Costume Portraits for an Animal Rescue

This $5,900 Workstation Lets You Post-Process Your Photos Lying Down