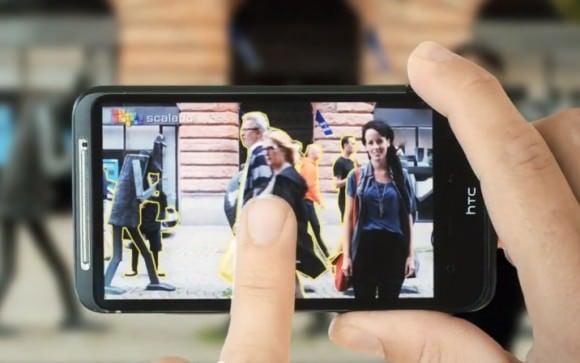 Last year imaging company Scalado showed off an app called Rewind that lets you create perfect group shots by picking out the best faces from a burst of shots and then combining them into a single image. Now the company is back with another futuristic photo app: it’s called Remove, and lets you create images of scenes without the clutter of things passing through (e.g. people, cars, bikes). It works like this: simply snap a photograph, and the app will outline everything that’s moving in the scene with a yellow line. Tap that person or object, and it magically disappears from the scene!

Here’s a demo of the app in action:

No word on when we might start seeing this app available in app stores.

Ripped Photo Collages That Show People in Locations Across Time