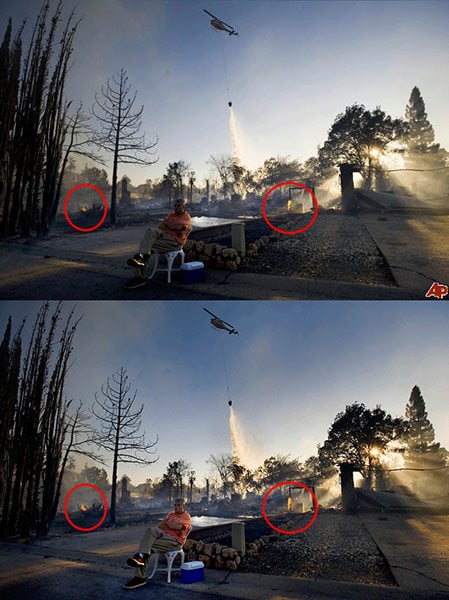 Last week we reported that the Sacramento Bee had suspended one of its photographers for splicing together a photo of egrets. After some further investigation into Bryan Patrick’s body of work, the newspaper discovered two more photos that had been Photoshopped. It immediately fired Patrick and published a notice:

After The Bee published a correction and apology online Wednesday and in print Thursday, editors reviewed a selection of Patrick’s work and found two additional digital alterations that violate The Bee’s standards.

[…] In a 2009 photograph of the Auburn wildfire that was published unaltered in the newspaper, Patrick subtly enlarged the flames in the photograph submitted for a winning entry to the San Francisco Bay Area Press Photographers Association annual contest. An anonymous email to The Bee late Thursday cast suspicion on that photograph.

NPPA president Sean Elliot wasn’t surprised by the firing, saying, “If he’s willing to move a couple of egrets around, if he’s willing to jazz up flames to make a photo more exciting, how do we know there aren’t more?… How do we trust the work?”