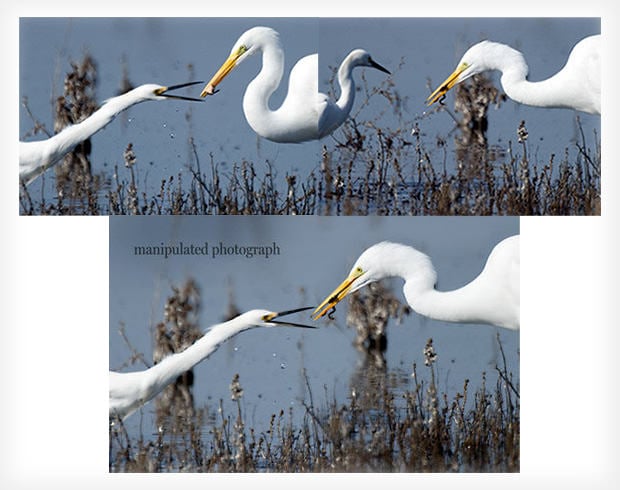 The Sacramento Bee has suspended award-winning staff photographer Bryan Patrick after it was discovered that he had Photoshopped two photographs of an egret eating a frog into a single photo. The newspaper, which is the 5th largest in California and the 25th largest in the US, says that the manipulation was done to make the frog more visible while still showing a second bird lunging for it. NPPA president Sean Elliot labeled the case a “betrayal”:

If this photographer in Sacramento can diddle around with a photograph of an egret, how can I know that any photograph I look at is trustworthy? It feels like a betrayal. […] It violates a feeling of trust I think we have with all of our members.

The case is reminiscent of LA Times reporter Brian Walski’s infamous splicing of Iraq war photographs (though the subject matter is nowhere near as divisive).

(via SacBee via News 10 via Poynter)