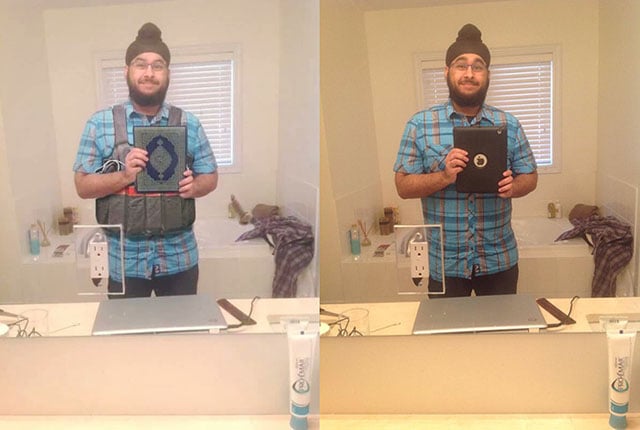 Yikes. Someone Photoshopped a selfie by a Sikh man to look like a terrorist from the Paris attacks, the fake photo went viral, and news organizations around the world have used it to misidentify the man as one of the suspected terrorists.

BuzzFeed reports that this past weekend, GamerGate critic Veerender Jubbal found one of his self portraits manipulated to show a suicide bomb on his chest and a Quoran in his hands. In reality, he wasn’t wearing anything over his shirt, and the thing in his hands was an iPad that was used to shoot the picture. 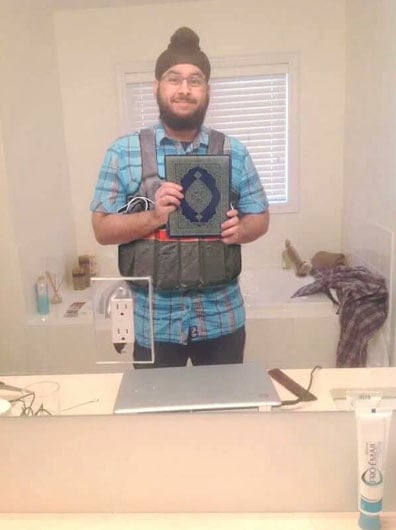 Jubbal soon Tweeted his original bathroom selfie as proof of his innocence:

A closer look at the photo reveals a number of glaring clues that the viral photo isn’t what it appears to be. Jubbal is a Canadian citizen who’s Sikh, not Muslim. The turban on his head is a Sikh turban, and the power outlets in the photo are North American outlets.

You can all check the last retweets. Let us start with basics. Never been to Paris. Am a Sikh dude with a turban. Lives in Canada.

Unfortunately, as the photo went viral online, media outlets around the world went ahead and published Jubbal’s face and photo on their newspapers and websites, identifying him as one of the alleged terrorists. 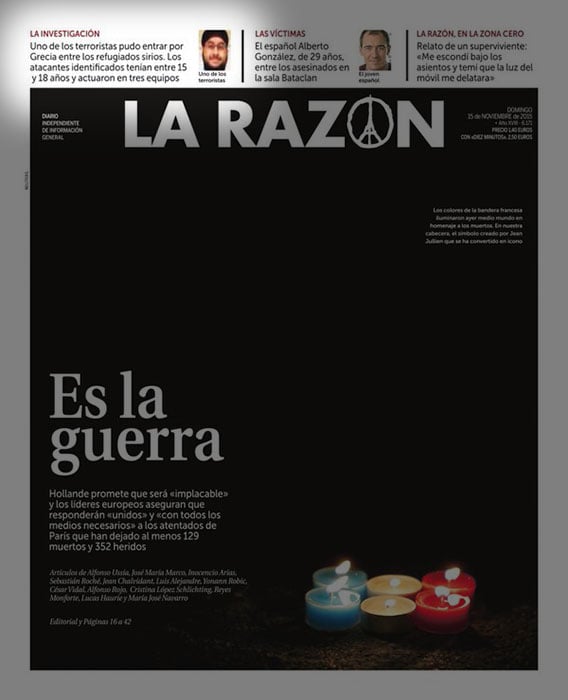 TG24, an Italian TV channel, shared the Photoshopped photo with its 1.98 million followers on Twitter: 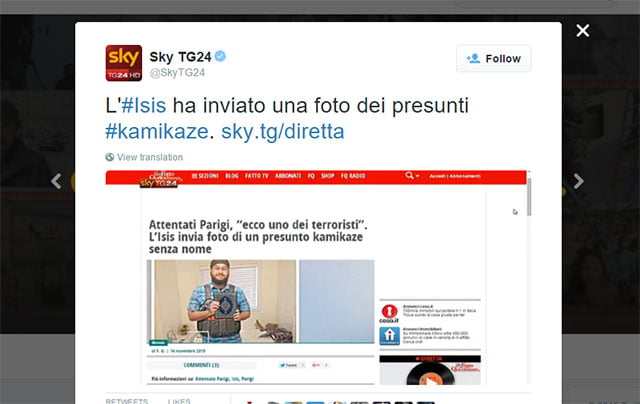 Jubbal watched in despair as the photo spread across the globe:

People are editing, and photoshopping my selfies as if I am one of the people causing the issues/problems in Paris.

Has spread to the point, where many people have had to tweet about the photos being photoshopped.. Any support/nice messages are welcome.

I hope everyone has caught up with what is going on with me. I went viral due to a photoshopped image claiming I am a terrorist.

Well, just got a phone call from a cousin in India, and they know about it; and saw the whole thing in India Times. We might sue, I guess.

In gauging this entire incident–millions upon millions of people have seen the photoshopped images, and have placed me as a terrorist.

And that’s what can happen when a maliciously Photoshopped image goes viral and reporters decide not to fact check it.