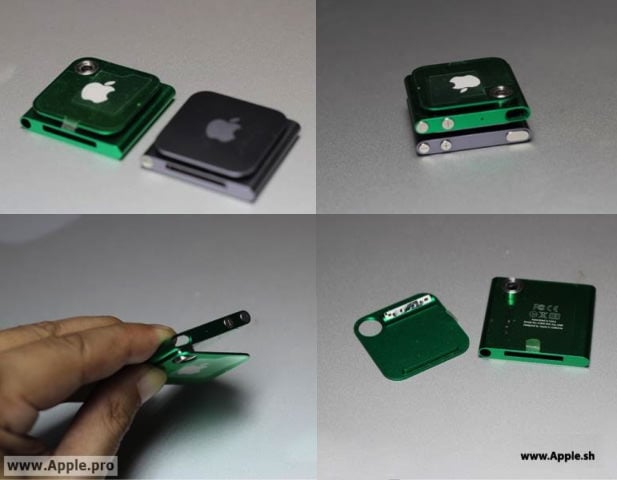 Apple’s tiny iPod Nano may soon be rejoining the ranks of Apple products that offer picture-taking capabilities. Photos have emerged on the Internet showing what appears to be the seventh-generation iPod Nano with a camera built into the clip on the back. It’s rumored to be a 1.3-megapixel camera, though Apple may also be looking into a 2-megapixel version as well. A patent filed by the company near the end of 2009 shows illustrations that resemble what’s seen in these photos.