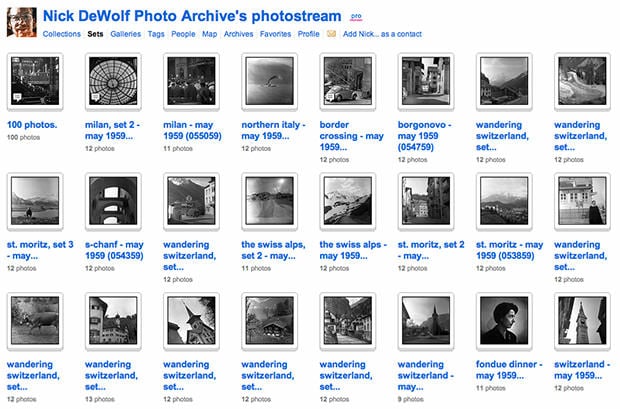 During his lifetime, MIT engineer and businessman Nick DeWolf founded the giant electronic testing company Teradyne and designed more than 300 semiconductor and electronic test systems. In his spare time he was also an avid photography enthusiast, carrying a camera with him at all times. After his death, his son-in-law Steve Lundeen began working to archive and share the enormous body of work. Lundeen is currently publishing the original sets of photographs to Flickr at a rate of 20-50 images per day, and has already uploaded a whopping 50,000 photographs. You can follow along and enjoy the time-travelling pre-digital stream of images by following the Nick DeWolf Photo Archive’s photostream.

A Documentary on the Digital Revolution and Creative Industries