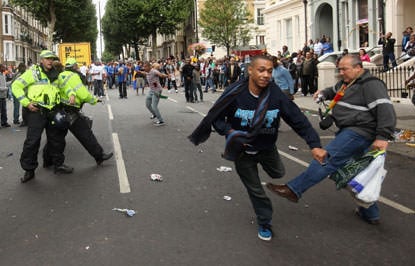 The London Evening Standard has published a fascinating article on a photograph captured by Getty photographer Oli Scarff, which shows a near-fatal stabbing that occurred during London’s Notting Hill Carnival back in August. After being published around the world, the photograph changed the lives of the subjects seen it it. The fleeing man was identified from the photo and sentenced to 4.5 years in jail, the policeman was criticized for his apparent indifference (a claim he disputes), and the man trying to trip the attacker was hailed as a hero but subsequently named as an ex-Russian police officer who was dismissed over murder allegations.

Fallout from a photograph that shocked London (via PopPhoto)

Where Photo Businesses Should Spend Their Advertising Dollars

ONE Shapeshifting Bag to Rule Them All