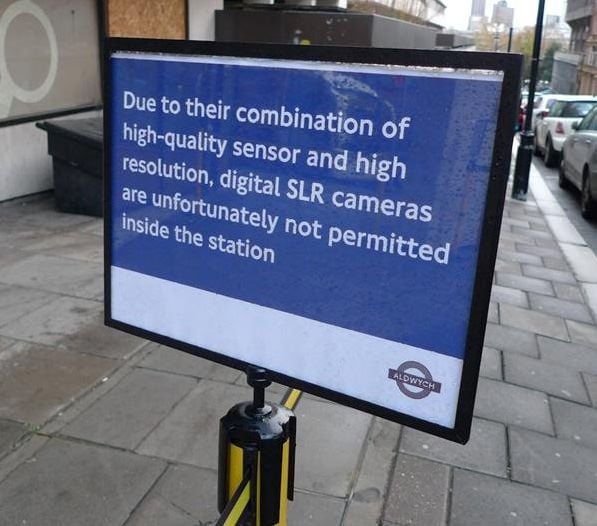 Photographer Tim Allen spotted this sign outside the Aldwych tube station, an abandoned London Underground station that recently opened up for tours. While photography bans are pretty common, the station has decided to only ban DSLRs due to “their combination of high quality sensor and high resolution”. Other cameras are allowed in, as long as they don’t look “big” enough to shoot amazing photos.

(via Amateur Photographer via Megapixel)

Update: Apparently the ban was because DSLR users take longer to shoot photos, and they didn’t want the tours to be delayed. That makes sense. Wait…

Image credit: Photograph by Tim Allen and used with permission

Light as the Subject of Photographs