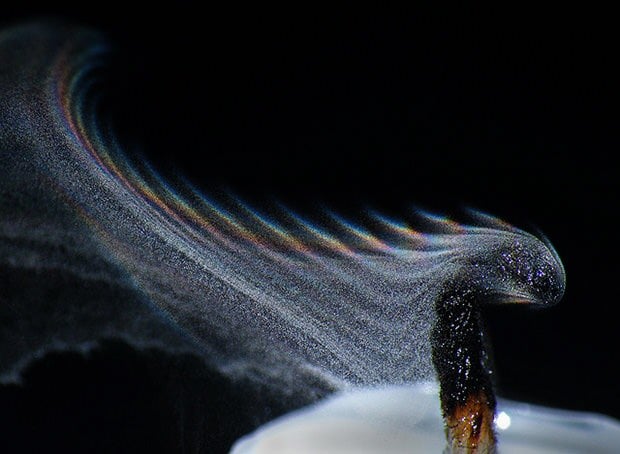 Photographer Grover Schrayer captured this amazing photograph of a rainbow in candle smoke.

I shot it with my Fuji Finepix S8100fd, with a Raynox M-250 macro lens attached. I shot at 1/1000th or higher, using the camera’s built-in flash. The built -in flash gave me head-on illumination of the smoke, and that head-on lighting allowed me to pick up the refraction through the droplets of wax. Any other angle of illumination would not produce the rainbow effect. The hardest part was getting the camera to focus on just the right part of the smoke. I focused on the wick, or the edge of the flame, had the shutter button half-pressed and ready, and blew out the candle and snapped very quickly. Most of the time the results were less than spectacular, but when the smoke and the timing cooperated, I got shots like this…