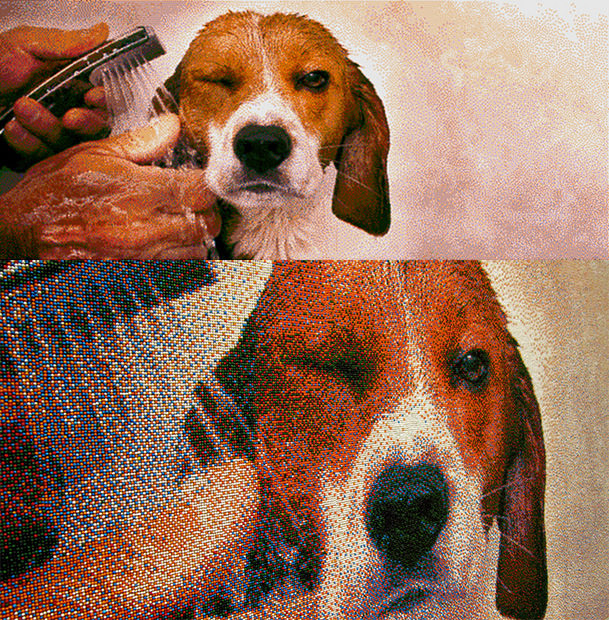 For a fine arts project at his university, art student Joel Brochu spent a whopping 8 months meticulously recreating a photograph using tiny nonpareils (the tiny sprinkles used on cakes and donuts). 221,184 individual sprinkles were placed on the 4-foot-wide board, which was covered with double-sided tape and a thin layer of glue. Each sprinkle was placed by hand using jewelry tweezers. 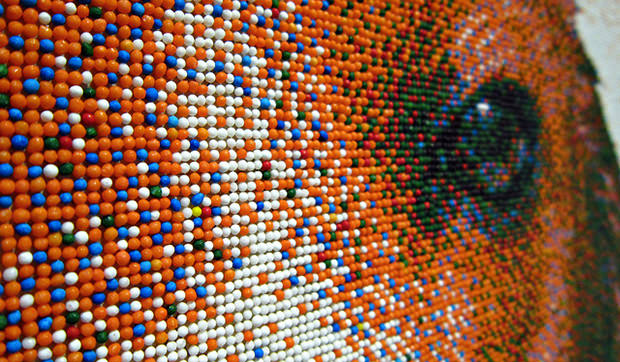 A custom computer program was used to break the photo down into individual sprinkles, of which there were only six colors: red, orange, green, blue, black, and white. They were combined in different ways to create the different hues seen in the resulting piece — similar to how inkjet printers work. Once completed, the piece was permanently preserved using some clear acrylic resin.

The original photograph is titled “Be Patient“, and was made by photographer Shingo Uchiyama. You can find more photographs here.