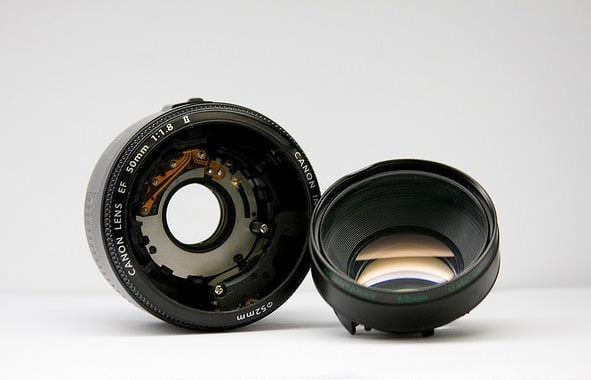 Canon’s 50mm f/1.8 Mark II is a terrific lens for its price, but its build quality definitely leaves something to be desired. Do a quick search, and you’ll find legions of broken-hearted Canonites who had their ‘Nifty Fifty’ split into two pieces after accidentally bumping or dropping it. Flickr user tastygiant is one such Canonite, but he subsequently discovered an awesome use for the broken lens:

Being a geek, I figured I could use the broken pieces in the future, so I shelved it and bought a new 50mm 1.8 Canon lens. One day, while taking shots around my apartment, I stumbled across the broken lens again and decided to reverse the “barrel assembly” onto the front of my intact 50mm. Everything was blurry of course, but I noticed if I got very close to an object the detail came into view. After adjusting the aperture to around f5.6, I had a clear image.
It’s important to note that you should switch to Manual focusing and rotate the focusing ring to “infinity”. 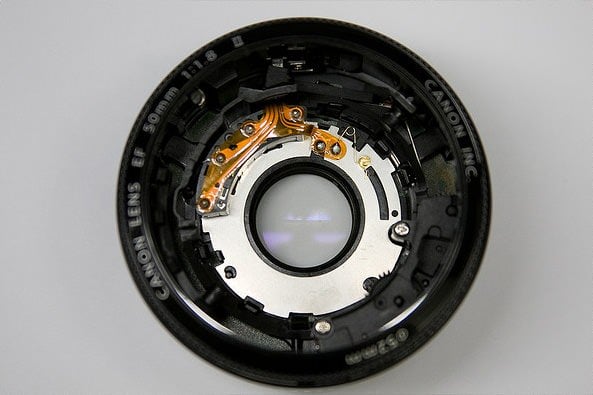 Here are some photographs taken with this “reverse front element” technique: 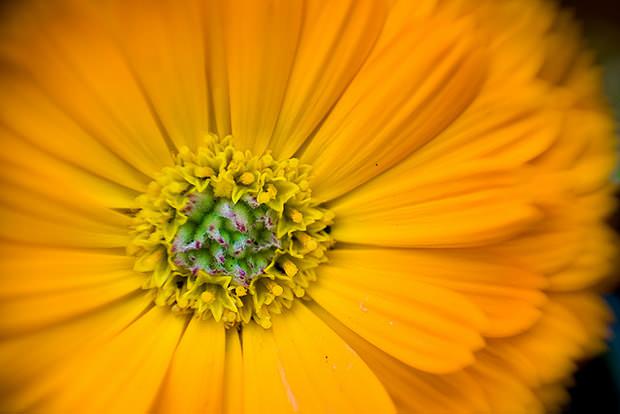 So instead of throwing away your broken Nifty Fifty, simply hold the broken front element against your new lens backwards, and you’ll have yourself a makeshift macro lens!

Image credit: Photographs by tastygiant and used with permission